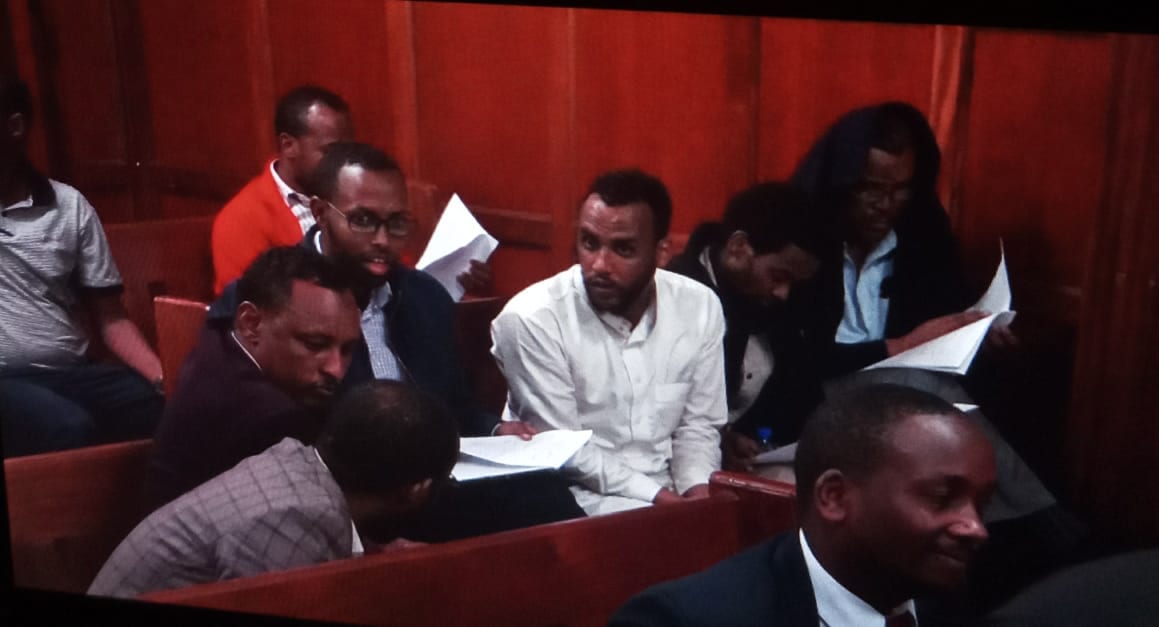 Shocking details emerged in court on Wednesday as six more suspects were arraigned in connection to the January 15, 2019 terror attack at 14 Riverside in Nairobi.

Hassan Abdi Nur allegedly operated 52 M-Pesa shops; 47 of which were said to have been registered between October and December 2018.

The M-Pesa businesses reportedly received huge amounts of money from various places including South Africa and sent some to Somalia.

Ismael Sadiq Abitham, on the other hand, was a social media representative at Horizon TV station, and was said to be in constant communication with attack ring leader Ali Salim Gichunge and his wife Violet Kemunto.

Ali Khamisi Ali was arrested on Tuesday and was said to have several contacts in Somalia believed to be of Al Shabab sympathisers. Together with Ismael Sadiq Abitham, they were also alleged to have been in communication Gichunge and Kemunto.

Abdinoor Maalim Ismail was also arrested on Tuesday and told officers he is a Law student currently doing his pupillage. According to court documents, he has a number of sim cards registered under his name through which he has allegedly received over Ksh.100 million.

Abdullahi Mohamed Hassan operates a parcel business and is suspected to have transferred various parcels to various locations besides also being in communication with Gichunge.

Sophia Njoki Mbogo, a branch manager at Diamond Trust Bank in Eastleigh, was arrested on Wednesday. She is accused of failing to report withdraw of huge chunks of money from the branch.

Investigators requested 30 days to detain the respondents pending completion of investigations but the court, however, gave the respondents time to file responding affidavits following requests by their counsels.

The suspects will now respond to the application by the investigators to continue detaining them on Thursday after their advocates requested for time to reply via sworn affidavits.