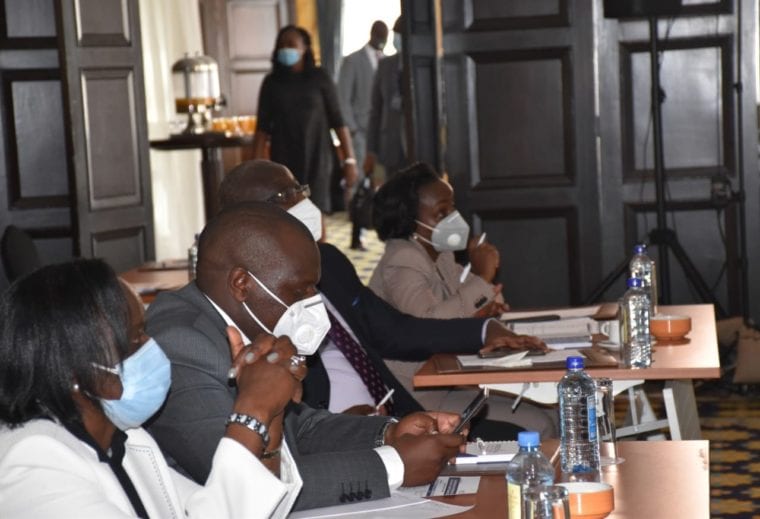 73 per cent of female journalists are highly likely to experience sexual harassment during assignments, a new study from the Media Council of Kenya (MCK) has found.

The report that was released on Monday found that majority of those at risk are reporters and correspondents.

“The survey on sexual harassment helps us to put numbers to the problem, the journey is just starting,” said Dinah Ondari, Manager Accreditation and Compliance at MCK.

The study was conducted in partnership with Article 19 Eastern Africa and launched in commemoration of the International Day to End Impunity for Crimes against Journalists (IDEI).

According to Ms. Ondari, the survey helps create awareness on the various forms of sexual harassment and there could be many victims out there who are unable to speak because they do not understand the vice.

The study titled Press Freedom Violations during COVID-19 reported that 62 per cent of respondents have either experienced sexual harassment or know someone who has, either while working at the organizations or in the field.

It was also found that it is highly unlikely (86%) for male journalists to experience sexual harassment both at their organization and in the field.

Some of behaviors cited as sexual harassment include a colleague who is a reporter being asked to have a date with an immediate supervisor to get a favor for a promotion; female colleague asked for a sexual favor from a client in exchange of giving business to the media house and a male boss constantly asking an intern to always go to his office for tea under the guise of mentorship.

Other incidents include being touched inappropriately by a senior staff member and a reporter not having her stories used because she rejected advances from the immediate supervisor.

Additionally, a majority of respondents (49%) who took part in the survey conducted in September 2020 in partnership with Article 19 East Africa said they do not feel comfortable speaking to a supervisor about any form of harassment at work or outside.

“We have to determine how to create safe spaces for victims who speak out against perpetrators because stigma and the backlash associated with the subject prevents victims from coming out,” Ms. Ondari said, adding that media houses should take the cue and establish policies to protect their staff.

Speaking during a panel session on Monday, Ken Bosire (a consultant editor and media trainer) said media houses fear repercussions to their image and negate how to confront the issue of sexual harassment.

“I see a bigger picture in that we have institutional conspiracy where by they have not gone out of their way to speak boldly about this conversation,” he said.

“Its time to retrospect and see what kills us within. 50% of the victims are silent and never want to talk about it for fear of many things,” he added.

Without journalists, there is no journalism.

Without journalism, there is no democracy.

Now more than ever, it is time to stand up to #ProtectJournalists.

2 November is International Day to #EndImpunity for Crimes against Journalists.

Quinter Mbori, President of the Standard Group Women Network, explained the importance of information sharing and training on sexual harassment.

She intimated that the network was formed two years ago to articulate women’s voices and through it they have been able to review the sexual harassment policy.

“Most policies are gathering dust in organizations. People just do them to tick off boxes but in terms of implementation, it remains a big challenge. The women’s network gave us the opportunity to follow up and we have seen a number of benefits as a result of that,” she said.

According to the Association of Media Women in Kenya (AMWIK) women journalists do not only face sexual harassment in the field but also within the newsrooms they work in.

“AMWIK will be reviewing policies on sexual harassment in association with the European Union and the African Women’s Development and Communication Network (FEMNET),” said Marceline Nyambala, the Executive Director at AMWIK.

The United Nations proclaimed November 2 as the International Day to End Impunity for Crimes against Journalists.

The landmark resolution condemns all attacks and violence against journalists and media workers.

It further calls upon States to promote a safe and enabling environment for journalists to perform their work independently and without undue interference.