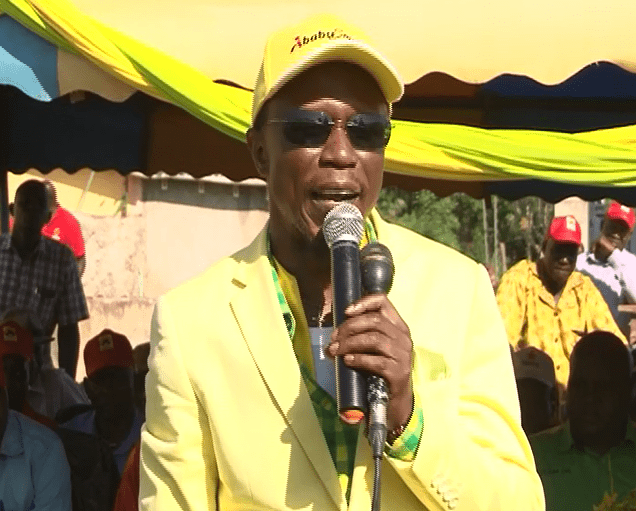 Speaking in Busia County on Saturday, Ababu said that it is wrong for the two NASA leaders to try to dictate the political leanings other Luhya leaders, saying that he has decided to support Jubilee because the party is ‘development conscious’.

“These leaders come here to insult local leaders who are not supporting NASA. I want to tell them that leaders are at liberty to support whoever they want. There are no leaders who are more Luhya than others, Eugene Wamalwa, Ken Lusaka and I are supporting Jubilee because of President Kenyatta’s development record,” the Budalangi lawmaker said.

Ababu reminded Wetangula that he is the only Luhya politician who stood by him when he was facing corruption allegations regarding the Tokyo Embassy scandal during his tenure as Foreign Affairs Minister in the Grand Coalition government.

“I am the only Luhya politician who stood in solidarity with Wetangula in Parliament when he face corruption allegations in relation to the Tokyo Embassy scandal. At that time he was supporting the government and I was in the opposition, yet he still comes here to castigate me for supporting President Kenyatta and Deputy President William Ruto’s re-election bid,” Ababu wondered.

“If you have been afraid to openly support the government I am telling you to chart your own political path because I will personally lead the team campaigning the ruling coalition.”

Ababu urged residents to embrace both Labour Party and Jubilee candidates  since the two are ‘partner parties’ after having agreed to work together.