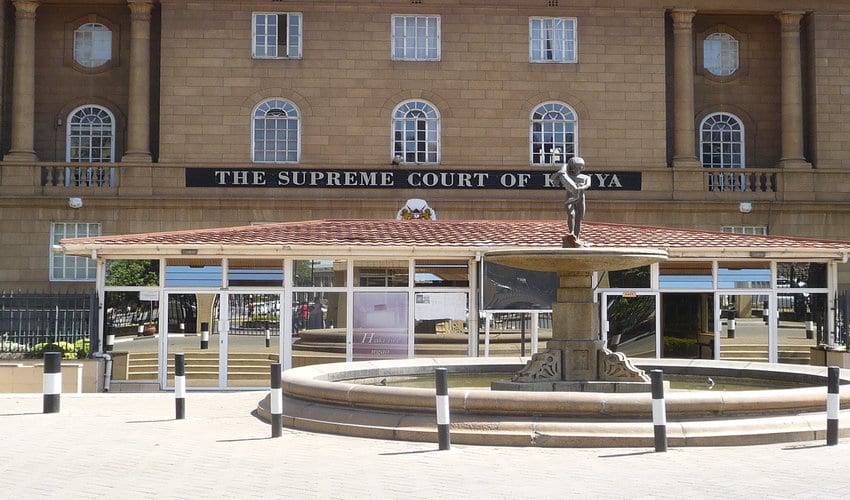 The Kenya Supreme Court has ruled that acquitted persons will be detained in jail if the Director of Public Prosecution files an appeal.

This means that if an accused person is acquitted by either the High Court or the Court of Appeal and the DPP appeals then they will stay in custody until the case is heard and determined.

“Time is now ripe for legislative arm of Government to consider such legislation. Kenya has no legal provision that directly speaks to the power of an appellate court to grant orders of committal to prison for an acquitted person,” the Kenya Supreme Court ruled.

It was against two Iranians Ahmad Mohammed and Sayeed Mousavi who had been acquitted of terrorism charges by the Court of Appeal.

But the DPP moved to the apex court to appeal the decision by the appellate court and obtained orders to detain the two who were accused of plotting a terror attack in the Kenya, until their appeal is heard and determined.

Prior to this ruling by the Kenya Supreme Court, all accused persons acquitted by a court are usually set free until the Appeal Court orders for them to be re-arrested.

The judges unanimously agreed that being vindicated from an offence does not mean it is the end of a trial process.

They further held that if the DPP challenges an acquittal and convinces a judge that one should be detained in a case until the appeal is heard and determined, the court should not hesitate to issue such orders.

It was their view that it would alter the objective of a fair hearing if they concurred with the Court of Appeal.

The Appellate Court previously held that Kenyan courts had no jurisdiction to stay an order of acquittal and remand in custody a respondent whose acquittal is being challenged on appeal.

However, they ruled that the DPP ought to convince the appeal court that the accused person will be a flight risk in the event he or she will be released before the appeal is heard and determined.

The court said that in this case of the two Iranians, if they are allowed to leave the country as the Court of Appeal had ordered, it would be difficult to bring them back if the court rules that they deserved to be jail as the DPP is seeking.

In 2012, Magistrate Kiarie Waweru Kiarie sentenced the Iranians to life imprisonment for the offence of terrorism.

The judges also said due to the nature of terrorist attacks, Kenyans have lived in fear and insecurity so the two should remain in custody until the case is determined.