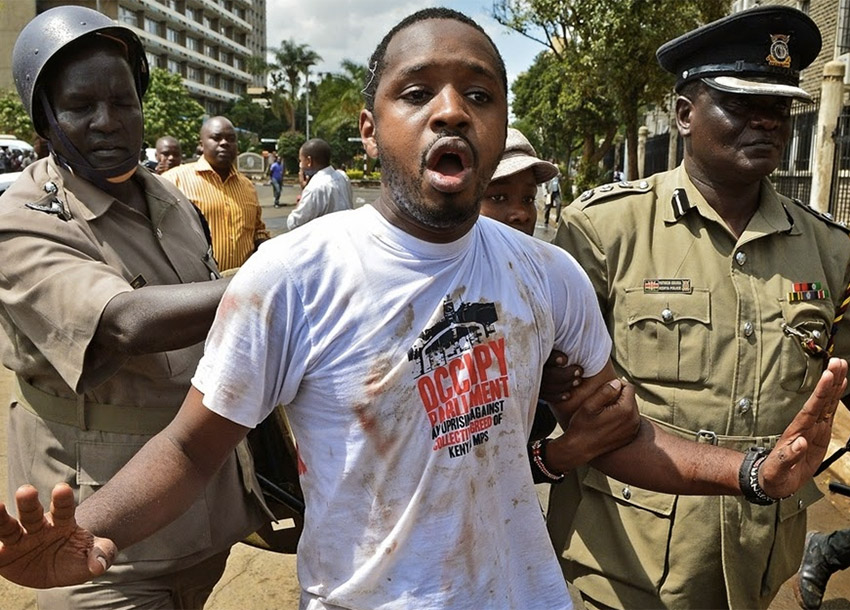 Mr Mwangi also wants to be allowed to present a petition to President Uhuru Kenyatta regarding the state of corruption in the country on the same day.

In his petition, the vocal activist stated that on December 3 he delivered a written notice to the officers at Central Police Station and Kilimani Police Station notifying them of his intention to hold an assembly at Freedom Corner in Nairobi and a march to State House gate A, but the notification was objected by the Kenya Police without providing any reason.

Mwangi is further seeking to have the IG and officer commanding Kilimani Police Division compelled to provide security for those who will participate in the protest.

He added that December 9 is a critical and symbolic day to hold the proposed assembly and march since it is the day the world will be marking the United Nation’s designated International Anti-Corruption Day.

This comes barely two weeks after 25 activists, including Boniface Mwangi, were released after holding demonstrations in Nairobi’s Central Business District.

The activists were demanding that President Uhuru Kenyatta takes a decisive action against rampant corruption in his government.

Twelve of the civil society members who took part in the demonstrations were arrested and taken to the Central Police Station, another 11 to Kilimani Police Station while three others were detained at an undisclosed location.

The activists who were carrying placards written, “#KnockOutCorruption” and chanting anti-corruption songs were arrested during a confrontation with police who had dispersed the crowd

Among the protesters were old women who also wore red teachers in support of #TeamCourage, which goes by the slogan, ‘A movement of patriotic citizens that take bold and effective actions in building a new Kenya.’

After their release Mwangi tweeted, “Passed outside State House on our way from Kilimani Police. Told them will be back on the 9th of December.”