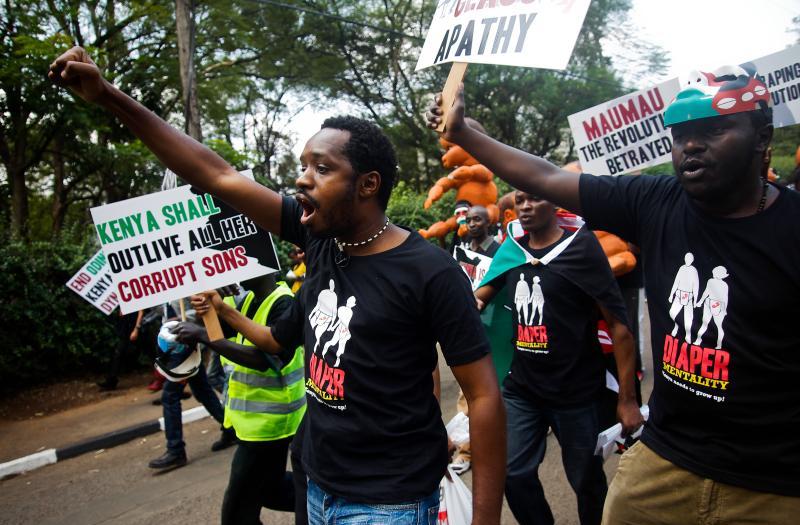 Speaking during a press briefing on October 31, Mwangi and Thirdway Alliance chairman Ekuru Aukot, said President Uhuru Kenyatta is incompetent, following his remarks about graft during a recent Statehouse Summit.

“To admit that he is not able to handle corruption is to declare himself incompetent and unfit to hold the office of the president. There is only one solution that president Uhuru must resign immediately,” said Aukot.

On his part, Mwangi said he will lead a team of activists to march to Afya House on Wednesday November 2nd , seeking the resignation of Health CS Cleophas Mailu and Principle Secretary Nicholas Muraguri.

“All people implicated in corruption scandals are not suspects. They are thieves,” said Aukot.

According to the Thirdway Alliance Chairman, the president has the capacity to eradicate corruption because of his party’s ‘tyranny of numbers’.

“Uhuru has a better part of parliament on his side. So what is it that he is telling us? He should ask Magufuli and Kagame how they fight corruption in their countries,” he added.

The chairman termed both the Jubilee and CORD alliances as corrupt.