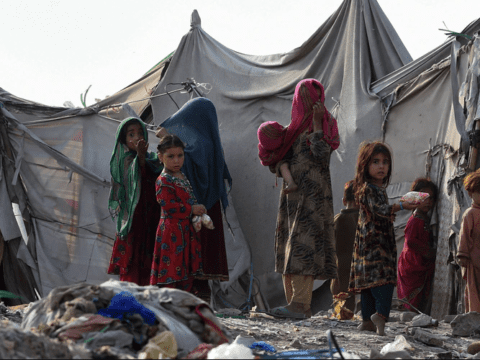 Ugandan officials have confirmed the country will be receiving 145 evacuees from Afghanistan on Sunday.

After days of discussion, Uganda has confirmed it will receive evacuees from Afghanistan Sunday.

The latest developments come a day after evacuations in Kabul were temporarily halted due to overcrowding at an evacuee receiving center in Qatar.

“IRC (International Red Cross) and other development partners have been working with U.S. government also to see the people who we are going to evacuate by tomorrow. Just 145,” said Anyakun.

Earlier this week, Anyakun said Uganda would accept up to 2,000 Afghan refugees, but other officials said at that time the matter was still under discussion.

On whether all the evacuees will be Afghans or Ugandans, Anyakun had this to say.

“You cannot tell whether it is a Ugandan. Because people are just like, trying to fight through those walls in Afghanistan to get into the plane,” said Anyakun. “So, they can’t even categorize and say that we are taking probably diplomats, or Ugandans alone. So, the moment you manage to succeeded to penetrate and you get there then you will be lucky. I think when they’ve already reached here is when we shall now categorize.”

Appearing on a local radio show Saturday morning, Uganda’s Minister for Relief, Disaster Preparedness and Refugees, Hillary Onek, explained that those arriving from Afghanistan are mainly women and children.

He said they won’t stay in Uganda forever, adding that the East African country will be used as a transit point before they are taken to the United States.

Minister Onek said officials have already booked hotels in the city of Entebbe, where the 145 evacuees will stay.