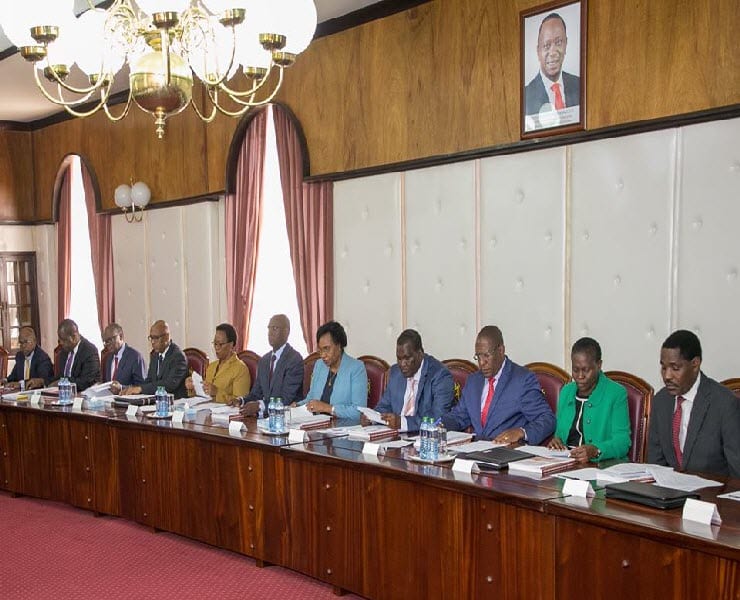 Cabinet has endorsed the Africa Continental Free Trade (AfCFTA) treaty for approval by the Kenyan Parliament.

The Bill for ratifying the treaty, that was signed in Rwanda by 44 African nations, will now be presented to the House within the next few days.

The treaty will come into effect after it is ratified by 22 countries with Kenya expected to be the first country that will adopt the agreement.

A Cabinet meeting, chaired by President Uhuru Kenyatta on Tuesday, urged the private sector to take full advantage of the business opportunities presented by the AfCFTA deal to extend Kenya’s foothold into all the 54 African nations.

The AfCFTA will establish a single liberalised market that will spur industrialisation, infrastructural development, economic diversification and trade across the continent that is home to more than 1.2 billion people.

When fully implemented, the treaty is expected to enable residents of all member countries to enjoy the convenience of a single passport and currency.

The trade deal also binds all State parties to eight objectives including the progressive elimination of tariffs and non-tariff barriers to trade in goods.

The signatory State parties are also expected to progressively liberalize trade in services.

Under the agreement, African countries will establish a mechanism for the settlement of disputes concerning their rights and obligations.

The Cabinet however indicated that more focus will be placed on priority areas especially the Big Four plan for Kenya’s growth.

Also approved by Cabinet was the County Retirement Benefits Bill, which will establish an umbrella pensions scheme for county employees.

The proposed Bill which will give legal backing to the the defined contribution scheme was also approved for forwarding to Parliament.