Agriculture PS Richard Lesiyampe, 6 others to be arrested over maize scandal 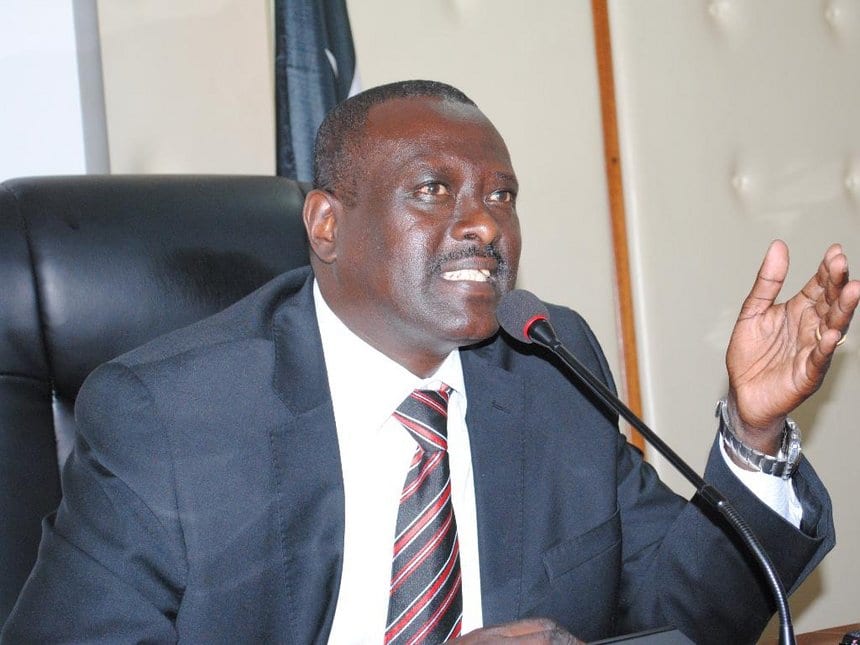 The Director of Public Prosecution has ordered that Richard Lesiyampe, the Agriculture PS, and six others be prosecuted over the maize scandal.

Investigations revealed that the National Cereals and Produce Board (NCPB) spent Ksh.11,365,879,918, an excess from the Ksh.6billion that was budgeted for, the DPP said in a statement.

“The PS irregularly authorised the expenditure and failed to ensure that the purchase was done in accordance with the law,” the statement reads, adding that this was contrary to the policy guidelines issued by the Ministry of Agriculture.

“I have directed that the EACC (Ethics and Anti-Corruption Commission) to immediately ensure that the suspects are arraigned in court,” DPP Noordin Haji said.

They are to be charged with wilful failure to comply with the law relating to management of public property, unauthorised spending of public funds, conspiracy to defraud, abuse of office and neglect of official duty.

Investigations focused on the Eldoret Depot where the largest payments were made and other depots are still under probe.

59 other officials were under investigation over suspected collusion with traders on maize importation and fertilizer theft.

In May, the Government revealed that 21 people benefitted from the scandal.

According to inside sources at the Ministry, as Kenya was making a deal with Uganda to buy 6.6 million bags of maize from the neighbouring country, unscrupulous Kenyan traders rushed to Uganda and bought lots of maize at a paltry Ksh.2,000 per bag and sold them to NCPB.

It is suspected that some NCPB officials, after rejecting maize from Kenyan farmers, bought from the traders at exorbitant prices ranging between Ksh.3,000 and Ksh.3,200.

The Agriculture Ministry sources further stated that eight traders were paid Ksh.1.9 billion, money the ministry said would have paid close to 4,000 farmers.

In May this year, the PS Richard Lesiyampe appeared before a Parliamentary Committee where he absolved the ministry of any responsibility in the maize scandal.