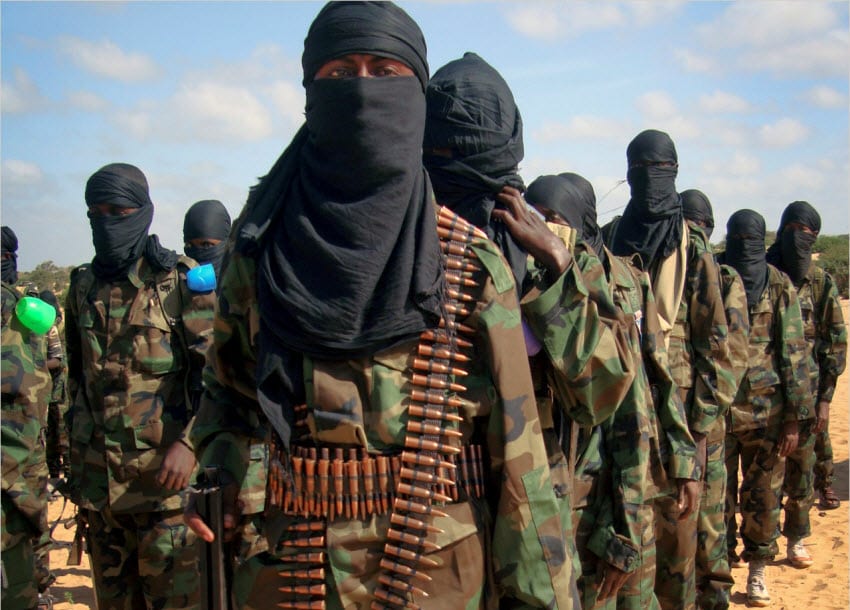 A high-ranking member and spiritual leader of Al-Shabaab has pledged allegiance to ISIS, a move that further fractures the Somali-based jihadi group and spreads the reach of ISIS farther into Africa.

The report that formerly UK-based Abdul Qadir Mumin had sworn loyalty to ISIS came from a source familiar with Al-Shabaab and was supported by a U.S. intelligence source, who said Mumin’s pledge came in a video that is expected to be released online.

In the video, Mumin, along with several other jihadis based in Somalia’s Central Region, swear their allegiance to ISIS. Some known Al-Shabaab members have already done so online.

The Al-Shabaab-linked source told CNN that members of the group now fear for their lives as other political leaders systematically try to root out possible ISIS supporters within their ranks.

Sources within Al-Shabaab say the announcement is not totally unexpected. For weeks, Al-Shabaab’s secret police, known as the Amniyat, have been arresting and jailing members within the insurgent group who they believed would switch their allegiance from al Qaeda to ISIS. The source close to the jihadi group told CNN from inside Somalia that the situation within the group is “tense,” and likened it to a “state of emergency.”

Mumin is thought to be currently based in the mountainous Puntland region of northern Somalia, and thus unlikely to be persecuted or reached by the Amniyat, which operates mostly in southern Somalia.

The split is more significant in symbolism than in numbers.

Sources within Somalia’s security apparatus estimate that about 100 fighters would likely defect to ISIS, among the estimated 1,400-strong insurgent group.

Yet the defections are mostly coming from the younger members, while the older members maintain allegiance to al Qaeda. A Western diplomat inside Somalia told CNN the defection demonstrates a discontent with the current status quo, and shows that ISIS may be more appealing to younger, more impressionable jihadis.

“What does ISIS hold for these disaffected members of Al-Shabaab?” asked the western diplomat. “What is the ‘wedding gift,’ so to speak? This is about technical expertise and funding. Al-Shabaab’s money streams are being depleted by the current war. ISIS could be seen as really attractive on one hand, and dangerous on another. This is a sort of terrorists’ conundrum.”

“Many experts and scholars view (ISIS) as a juggernaut that the international community simply cannot oppose because they use violence so brutally and then disseminate it so effectively over social media in an effort to recruit new members and intimidate opposing forces,” said terrorism expert Max Abrahms, based in the United States.

Al-Shabaab’s leadership, however, is still very much pro-al Qaeda. Its most recent propaganda video, showing a deadly attack on Burundian soldiers fighting for the African Union in Southern Somalia, used quotes from the late al Qaeda leader Osama bin Laden and the group’s current leader, Ayman al-Zawahiri. “This is a subtle way of intimating the leadership’s loyalty to al Qaeda,” says a source close to Somalia’s intelligence service, NISA.

Al-Shabaab’s current leader — Ahmad Umar — has been described by his followers as ruling with an iron fist, perhaps using the possible ISIS defection as pretext to take out those who have spoken up against the leadership or their policies and suppress opposition.

“This … iron fist policy … has caused discontent in the ranks of the Mujahideen,” the source close to Al-Shabaab told CNN, referring to foreign fighters. “Many Muhajirs (foreign fighters and members of the diaspora) were trying to leave and the harakah (leadership) is trying to make them stay.”

The leadership wants to keep the non-Somali fighters inside Somalia and keep them pro-al Qaeda to continue to make their operation appear legitimate, the source added.

“Al-Shabaab won’t have a jihadi legitimacy if they don’t have muhajideen (foreign fighters) within their ranks,” the source said. “They were built on welcoming foreign fighters, and having them in the movement’s hierarchy from the very first day.”

The defection of some Al-Shabaab members to a pro-ISIS allegiance is a serious win for the Islamist terror group and potentially spreads its reach from Iraq and Syria through to North Africa, then to West Africa through Nigeria’s Boko Haram group and now to East Africa, potentially as far as the borders of Kenya.

“The Islamic State has been trying to recruit Somalis and members of Al-Shabaab for a while, it helps ISIS color in their map just that bit more,” says a Somali intelligence source speaking from the capital, Mogadishu.

The defection also shows a certain division within its ranks.

The source close to Al-Shabaab told CNN he thought it was “the worst idea ever.”

“Morally — I see (ISIS) as a deviant, bloodthisty tyrannical group,” he said. “I don’t know why I would join them. (ISIS) cannot get us heavy weaponry or fill our ranks with men and expertise due to geographical issues. The only thing we would gain from joining them is momentum.”

Somalia said its battle against terrorists will not be affected by any name changes.

“The government … does not alter any bit on its commitment and drive to annihilate the forces of evil extremism from its land whether they change their name, affiliation or not,” said Abdisalam Aato, the government spokesman.

“We as a government will continue to eradicate them from the small pocket they are remained with.”