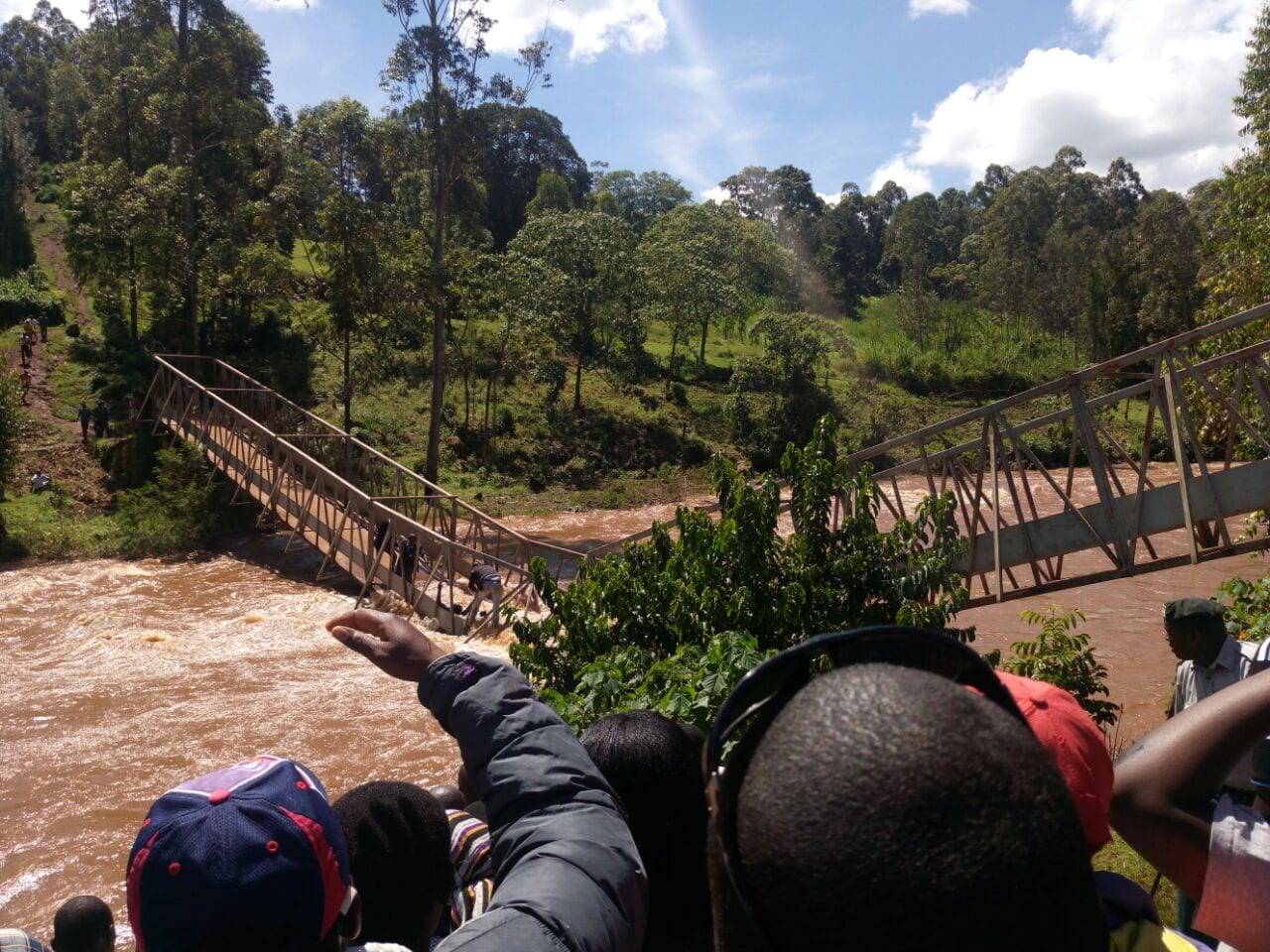 There was drama on Friday after a bridge that Machakos Governor Alfred Mutua and Kisii Deputy Governor Joash Maangi were on collapsed sending them scampering to safety.

Mutua, who is currently visiting Gucha was accompanied by Maangi on his second day of an official two-day visit to Kisii County.

The tour started in Ogembo town where they visited the Sub-county hospital after which they proceeded to take in the scenes of river Gucha; the biggest in Kisii that snakes its way through the town.

They were on one of the bridges enjoying the view and the morning sun when the bridge collapsed sending the VIPs on an unscheduled morning run for dear life.

Luckily for them, they were quickly rescued and neither Mutua nor Maangi were injured. However, a few people who were on the bridge received minor injuries.

Governor Mutua made light of the situation saying he had been “baptised in River Gucha and felt at home.”

“Maji ya river Gucha imebatiza mimi, namuuliza anitafutie ka plot nijenge kanyumba hapa, niko nyumbani sasa. Namrudishia asante mwenyezi Mungu kwa kutupatia baraka ya maji, nimeskia nimeguzwa mpaka roho yangu. Naskia Mungu ameniweka mahali pema vizuri ya kuendelea na maisha yangu nikiwa hai katika nchi yetu ya Kenya,” he said. (I have been baptised by the waters of River Gucha, I even asked the deputy Governor to give me a piece of land so I can build a house since this is now home.)