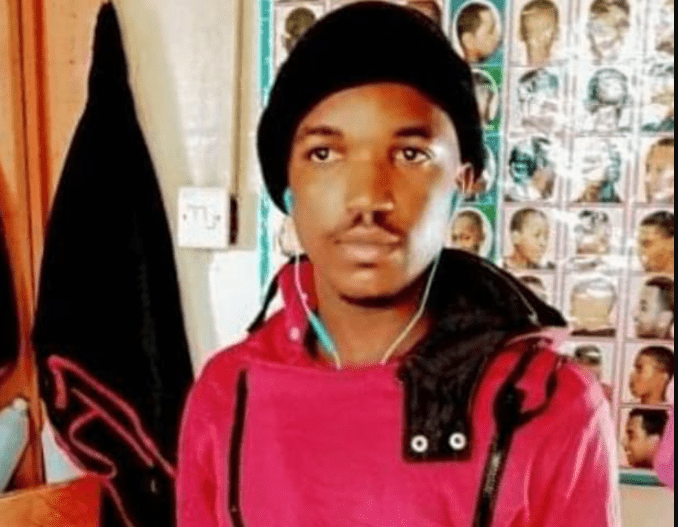 Detectives from the Directorate of Criminal Investigations (DCI) have finally established and revealed the identity of the gunman behind the recent Kisumu shooting frenzy that left two people dead.

Odero went to Sengere Secondary School in Siaya where he sat his O-Level examinations in 2016 and scored an aggregate grade of B-, emerging the 7th best candidate in the school.

He then received a letter of admission to join Maseno University but his parents and relatives could not raise the required school fees.

He hence left Siaya for Kisumu where his aunt secured him employment at Foam Mattresses Ltd, but he was first required to present an identity card.

Given that he had neither applied for one then, nor at the time of his death, Odero is said to have scanned an identity card belonging to one Fredrick Oduor Odera and replaced the latter’s names and image with his, then presented this to the prospective employer and he got the job.

“But his employment was short-lived since towards the end of 2019, every employee was asked to produce his or her original identity cards, in an exercise that was spearheaded by the National Employment Authority,” read a statement from the DCI.

“Since Odero knew that he did not have an identity card, he absconded duty leading to his dismissal. Detectives obtained a copy of his dismissal letter from Jokali Handling Services, a human resource solutions company, which Foam Mattresses had contracted to offer human resource services.”

It further added: “In the dismissal letter dated February, 2nd 2020, written by Dennis Ambeva Ludenyo, Jokali’s operations manager, Odero was relieved of his duties for failure to produce his personal documents as ordered by the National Employment Authority. “Your disappearance qualifies you to an employee who has deserted his work,” read part of the letter.”

Detectives are presently at pains to establish Odero’s whereabouts since February last year when he was fired until two weeks ago when he staged the Kisumu shooting incident.

The sleuths also want to know how and where he acquired the weapon handling skills that he displayed and who may have been accomplices.

Odero died in a hail of stones and other crude projectiles from an irate mob after he snatched a firearm from a traffic police officer on duty and opened fire indiscriminately, killing two people on the spot and injuring several others.

His mother and relatives identified his body on Wednesday after following an appeal published by the DCI on social media.