American pastor deported as Rwanda cracks down on ‘rogue’ clergy 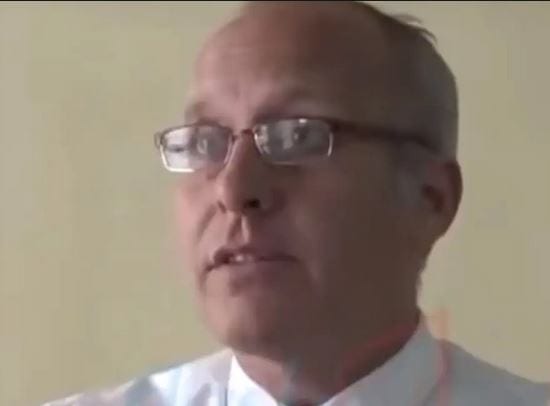 An American pastor in Rwanda whose radio station was closed after airing a sermon describing women as evil has been deported.

According to the The New Times, a Rwandan newspaper, Greg Schoop was deported on Monday evening.

“Gregory Schoof Brian has been deported and sent back to his country as a prohibited immigrant,” The New Times quoted Regis Gatarayiha, the Director-General of Emigration and Immigration.

The pastor’s Amazing Grace radio station had its licensed revoked by the Rwanda Media Commission after a controversial sermon.

This after a pastor identified as Nicolas Niyibikora said on the radio station: “Women we have now in our midst are prostitutes. Women brought sin into the world and when the world goes into extinction, it is because of women.”

Schoof then called for a press conference intending to criticize the government for their decision to shut down his Amazing Grace station.

The Independent newspaper reported that Greg Schoop was then arrested earlier and charged with ‘disturbing public order.’

The pastor, whose work permit had expired, refused to oblige saying Pastor Niyibikora would apologize for himself.

Another controversial statement that landed the American pastor in trouble is his sentiments on reproductive health in Rwandan schools.

“Is this government trying to send people to hell?” The New Times quoted him.

The deportation comes in the backdrop of a push by the Rwandan Government to regulate churches in the country.

Some of the new measures to keep the churches in check include requirements that Pastors have a degree in theology before they open a church.

The Government also requires strict building codes for churches and disclosure of source of income.

In this purge, more than 700 churches have been shut down with the Government citing:

‘…alarming proliferation of places of worship in dilapidated and unhygienic conditions, as well as troubling behavior of unscrupulous individuals masquerading as religious leader…”

In August last year, Ugandan police arrested Jimmy Taylor, a racist American pastor who was seen attacking a hotel employee in a video on social media.

The video showed him pursuing a hotel employee and slapping him several times on claims that he “disgraced Jesus.”