American tourist rescued in Australia after long night at sea 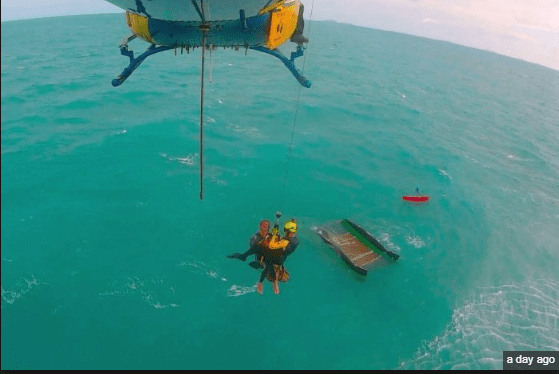 An American tourist was rescued off Australia’s northeast coast on Thursday after his boat capsized, forcing him to spend a cold and lonely night on his overturned vessel as it drifted on the tide.

Levi Verwoest, 29, was sailing his 23-foot catamaran ‘Isis’ 40 km (25 miles) off the Queensland coast on Wednesday evening when he realized the vessel was taking on water.

Within minutes, the boat capsized, but Verwoest was able to activate his emergency locator beacon, or EPIRB, only the next morning, after 12 hours of staying adrift.

A helicopter from the Royal Automobile Club of Queensland (RACQ) soon winched Verwoest from the hull of his overturned boat.

“Without that emergency beacon the poor bloke faced a much longer and more dangerous wait in the water for either a passing boat to see him or to be reported missing,” RACQ rescuer Arno Schoonwinkle was quoted in a media release as saying.

The tourist, who is from Hawaii and has been traveling along the Queensland coast and Great Barrier Reef for about three years, was not hurt.

He lost all his belongings though, including his passport and his catamaran but was calm as he spoke to the media.

“It was just irritating mostly,” Verwoest said of the ordeal.

“If I didn’t have the EPIRB I’d still be drifting out there and hoping someone sailed past.”