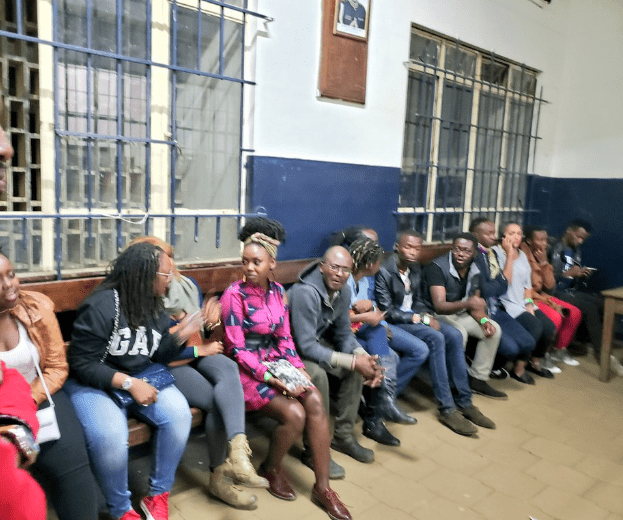 Amnesty International has criticised an attack on fans who attended a concert by popular Kenyan musician Eric Wainaina in Nairobi.

In a statement released on Saturday, the human rights organisation expressed concern over claims of arrest and use of teargas to disperse them.

“Very concerned by the use of excessive force reported by patrons during Eric Wainaina’s performance at popular Live At The Elephant last (Friday) night. Our officers shall be investigating this matter,” the statement reads.

Sheba Hirst, who hosts the weekly music show dubbed Live At The Elephant with her husband Eric, said she was punched in the face and thrown to the ground.

“We were just beaten by city council thugs at our gig. Nairobi this is now too much…don’t even know how to explain.we play a weekly gig for which we have permits,” she said.

According to her, the askaris showed up 10 minutes to the end of the show in Lavington accusing them of violating regulations.

Popular radio show host and actress Patricia Kihoro who was caught up in the melee said she first thought they were getting robbed when men forced entry into the compound.

“So dudes walk in to The Elephant, I thought we were getting robbed. They don’t say who they are, they ask for permit it’s shown, they end up getting violent, brandishing sticks, punching women and trying to take away equipment,”

The officers are said to have claimed that they were from the National Environmental Authority (NEMA) office.

“Hey NEMA, violent individuals claiming to be your officials have shown up to private property for an event you have licensed. They’ve hurt people, ruined expensive equipment and abducted people. Is that how you operate? Is this your vehicle registration yours?” posed Muruthi Ngartia.

However, NEMA released a statement on Saturday afternoon saying they had nothing to do with the attack.

“We wish to notify the public that licensing of events such as musical performances is a devolved Function hence not exercised by NEMA. Also, NEMA is not the owner of the vehicle KCR 159K. Our officers always display the highest level of professionalism,” it reads.

According to the authority, noise regulation is a county function and complaints should be lodged with the Nairobi County Government.

Reports indicate that on Friday night, after the askaris scuttled the crowd, Sheba and Eric went to file a complaint at the Central Police Station but their efforts proved futile.

Police later fired teargas to disperse the group from the station.

“So they’ve arrested audience guys, a videographer and a security guy. But they won’t arrest Eric Wainaina who has turned himself in as the organizer of the event. So if you won’t arrest the person who is taking responsibility for the event, who was on stage, what are you going!?” Ngartia posed.

A concert licensed by @MikeSonko's county government & @NemaKenya for noise pollution was violently shut down by county Askaris.The Askaris refused to arrest the concert organiser @EricWainaina but arrested attendees.@shebahirst tried to engage them and she was beaten.Thug Nation https://t.co/jh1JyEFrk1 pic.twitter.com/uhbuacD8F6