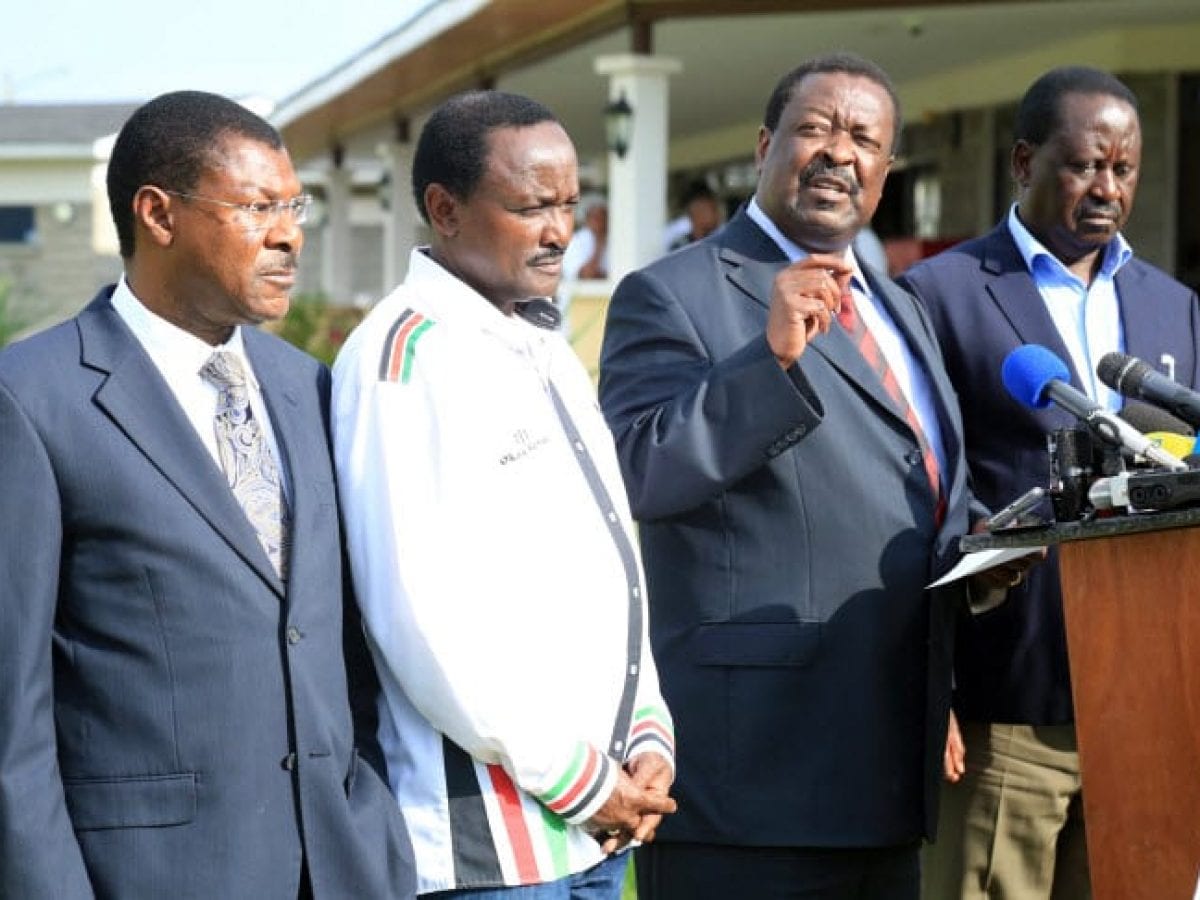 Is the National Super Alliance (NASA) political marriage washed up beyond salvage? Well, Amani National Congress (ANC) leader Musalia Mudavadi says there are attempts to iron out differences within the formation.

Among these include a row over sharing of proceeds from the political parties fund that NASA affiliate parties; Wiper, ANC and Ford Kenya accuse ODM of hoarding.

But Mudavadi is also alive to the likelihood of new political formations ahead of next year’s General Election, but insists trust must be a key ingredient.

Mudavadi is on a charm offensive mission in the vote rich Mt. Kenya region, ahead of the august 9, 2022 presidential contest.

Vote hunting aside, Mudavadi acknowledged the place of coalitions and political pacts in the race to succeed President Uhuru Kenyatta, even drawing lessons from NASA that was crafted in the run up to the 2017 general election but is now in turmoil.

“You can put things on paper, but if the leaders are not working on the basis of trust, what is on paper may not be good enough,” he said.

Sharing of proceeds from the political parties fund has been a sticky issue in NASA, with partner parties accusing the Raila Odinga-led ODM of dishonesty in sharing the funds.

“Kalonzo as the leader of wiper is bridging the gap on our behalf, talking to our brother, that we had an understanding, can we resolve it. Mark you we are in the fourth year and this matter has been pending. Would you say there is trust? That is the question going forward,” stated Mudavadi.

But ODM holds that the funds it has received so far were the fruits of its exploits in the 2017 ward, parliamentary and gubernatorial elections.

“They are our big brothers, you don’t eat everything when the food is put on the table, take your share and leave the food for your other brothers to also grow. You can’t have one fat brother and others are skinny,” said Robert Mbui, Wiper Organizing Secretary, during a recent interview on Citizen TV.

ODM Secretary General Edwin Sifuna however retorted: “If I eat my food and you eat yours, if I get fat on my own food, you don’t need to begrudge me, I’m not eating your food, its mine. If we had gotten the presidential vote which is shareable, we would have shared.”

Whether NASA could be salvaged in time for next year’s general election remains a pertinent issue.

“We are in NASA, at least I formed and pushed for it, but the truth is that there is a serious breach of trust. There is a trust deficit in NASA, and that is why imedidimia…that’s the truth and we can’t hide it,” said Mudavadi.

That mistrust deepening by the day, as crafting of new political formations gathers pace.

The orange party on the other hand is in talks with Jubilee, to hammer a political pact ahead of next year’s polls.

“Kenyans should have an open mind, because the political formations are not yet complete. We shall see a lot of jostling, negotiations, among political parties and Kenyans and eventually we shall be clear on what are the formations at the end,” added Mudavadi.