Another petition filed for removal of Justices Ojwang’, Ndung’u 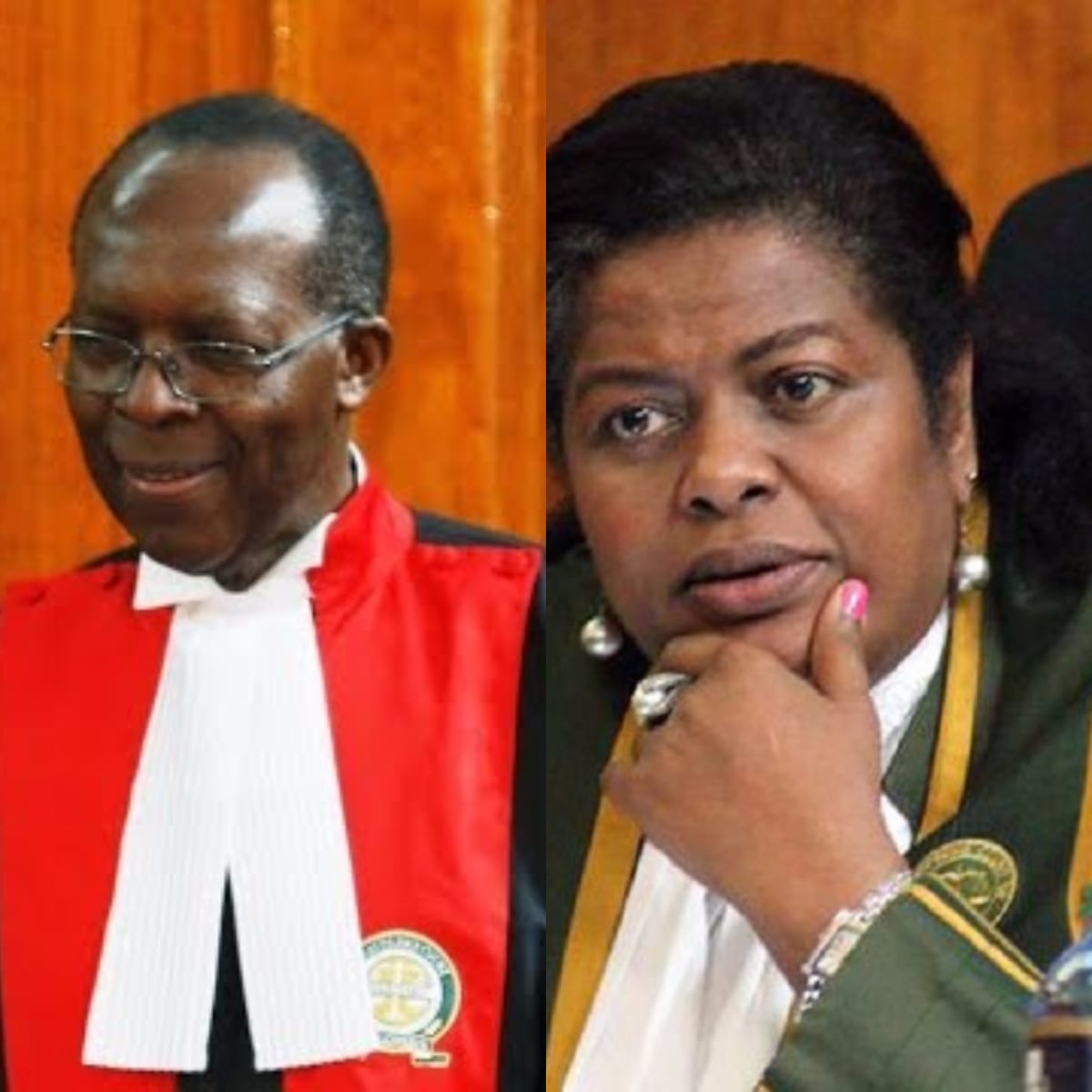 Francis M. Sakwa and Zacheus Okoth Oliech claim that Justice Njoki has violated part II of the Judicial Code of Conduct and Ethics, adding that the Supreme Court judge also failed to conduct herself in a manner that maintains and enhances independence of the Judiciary.

“Judge Njoki Ndungu has at all material times whilst serving as a judge of the Supreme Court openly maintained unprofessional and partial interactions/associations with politicians and political appointees in a manner that does not instill and or enhances independence of the judge,” reads the petition.

They further claim that during the presidential election petition, Justice Ndung’u consistently had telephone communications with President Uhuru Kenyatta and his Jubilee Party associates.

The two petitioners claim that the judge made a predetermined decision to dismiss the presidential petition of 2007 based on her associations with President Kenyatta and her dislike of the petitioners – Raila Odinga and Kalonzo Musyoka – who held a different political stand from the Head of State.

In the petition, Justice Ojwang’ is accused of unlawful actions that undermine the public trust. The judge is accused of failing to disclose that he has developed close and personal relations with the president.

“The judge and his wife Collette Suda B. Ojwang have received favours from the president which saw the president and his government appoint Colletta as PS immediately after the aforesaid 2013 Supreme Court presidential election petition,” reads the petition.

This comes as the latest petition to be filed against a Supreme Court judge, with the most recent being one by former Law Society of Kenya chief executive officer, Apollo Mboya, against Justice Ndung’u

Mr Mboya’s petition, which was filed last Friday, alleges breach of oath of office, gross misconduct and misbehaviour by Justice Ndung’u in offering her dissenting opinion in the Supreme Court judgement that annulled the August 8 presidential poll.

Other Supreme Court Judges whose conduct has been put on the spot are Justices Philomena Mwilu and Isaac Lenaola who were accused of having been in communication with the opposition during the presidential election petition hearing. The petition against Mwilu and Lenaola was filed by Derrick Malika Ngumu, the executive director of the Mombasa-based Angaza Empowerment Network,

The petition against Mwilu and Lenaola was filed by Derrick Malika Ngumu, the executive director of the Mombasa-based Angaza Empowerment Network.

Nyeri Town MP Ngunjiri Wambugu had also sought the removal of Chief Justice David Maraga through a petition he (Wambugu) later abandoned after Jubilee leaders including the President allegedly prevailed upon him.