Another rhino dead in Nakuru, poachers flee with horns 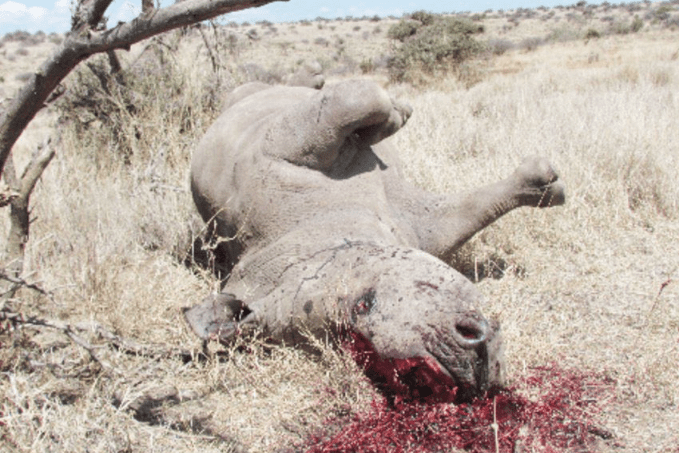 Poachers have escaped with two horns after killing a rhino at Lake Nakuru National Park.

Also Read: Kenya black rhinos saga: Who is fooling who?

Warders found the dead rhino with its horns missing.

A security team led by Nakuru County Commissioner Joshua Nkanatha and Police Commander Hassan Barua are currently at the park.

This comes as Tourism CS Najib Balala faces criticism over the death of 11 black rhinos.

A blame game later ensued with none of the agencies responsible for the relocation wanting to take responsibility over the deaths.

Balala ordered that senior officials from the Kenya Wildlife Service resign over the scandal even as calls emanated from different quarters for him to tender his own resignation.