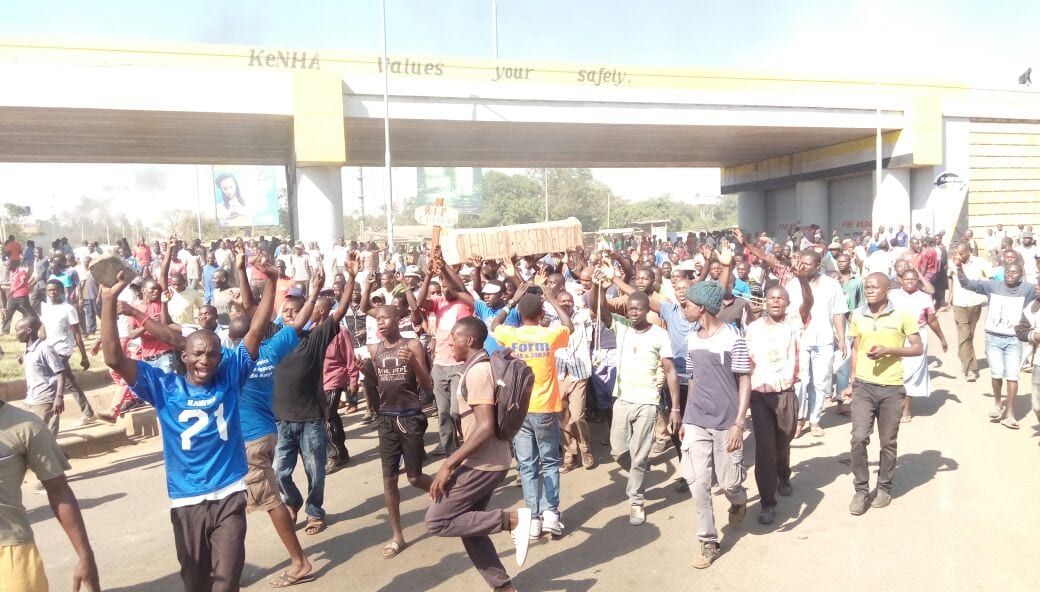 The protesters took to the streets early morning blocking the road with stones and bonfires.

In Nairobi, NASA supporters in Mathare area have blocked Juja Road as they commence the protests against the poll agency.

At the IEBC headquarters in Nairobi, a heavy contingent of security officers has been deployed to ensure calm is maintained. Reports indicate NASA co-principals are expected to join their supporters today in a march to the IEBC offices.

Opposition leaders instructed their supporters to continue with the demos every Monday and Friday until the IEBC heeds to the demands to effect changes at the Independent Electoral and Boundaries Commission.

On Monday, October 2, NASA supporters took to the streets in at least 10 counties. One person, a 41-year-old man, unfortunately, collapsed and died in Siaya while escaping after police had lobbed teargas canisters to disperse the protesters.

The Raila Odinga-led team is demanding among other issues the firing and prosecution of about 10 IEBC officials among them the chief executive officer, Ezra Chiloba.

NASA maintains there will be no October election as long as the current commission remains as currently constituted.