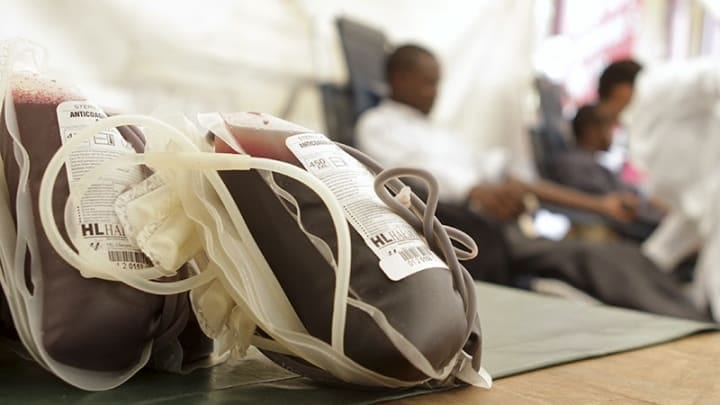 Even before the emergence of the new coronavirus, Africa’s blood supply fell short of demand.

The pandemic has increased the deficit, raising risks to people needing treatment for ailments and medical emergencies, health officials say.

“The problem that we are seeing is that we have a reduction [in] the number of blood donors during this outbreak because people are afraid to go to blood services,” said Dr. Andre Loua, the World Health Organization’s Africa region technical officer for blood safety.

Along with fears of infection, countries’ restrictions on mobility and trade affect the availability of blood and of reagents, bags and other products needed to draw, test and store it, added Jean-Baptiste Nikiema, the WHO regional adviser for essential medicine, who joined Loua in a Skype interview with VOA last month.

“So this is taking us to high risk of shortages of products to test the blood and also to collect the blood. And in the coming months, if the situation is not better, we can get in trouble.”

The WHO hopes to raise awareness of the need for blood and to spur donations globally through Sunday’s commemoration of World Blood Donor Day, an annual event since 2005.

Donation rates generally correspond with national incomes, the WHO says. The median rate is 31.5 per thousand people in high-income countries and 5.0 in low-income countries.

Most sub-Saharan African countries have made progress in ensuring blood safety and availability since 2013, said Loua and Nikiema, speaking from Brazzaville, Democratic Republic of the Congo, where the WHO has a regional office.

Nonetheless, “patients requiring transfusion do not have timely access to safe blood and blood components in the region,” they wrote in a 2019 article co-authored with two other experts.

Transfusions most often are needed by women after childbirth; children who are malnourished, anemic or infected with malaria; victims of trauma or accidents; and patients with sickle cell anemia. More than 1 in 5 people in the region are anemic; the rate climbs to 3 in 5 among children age 5 or younger.

If blood is not replaced, a patient can bleed to death.

In Kenya, the pandemic has almost halved blood donations and created a “challenging” situation, its Health Ministry said in announcing a nationwide blood drive Friday.

Before the onset of COVID-19, the Kenya National Blood Transfusion Service used to collect at least 450 pints of blood every day, according to Dr. Rashid Aman, the chief administrative secretary.

Donations have fallen to roughly 250 pints, “which has caused a major strain on our blood bank.”

In neighboring Ethiopia, home to 108 million people, authorities at the National Blood Bank Service were alarmed by a precipitous drop in donations – from roughly 300 donations a day in the capital, Addis Ababa, to just under 30 after COVID-19’s emergence.

“This left us in great danger,” Yaregal Benti, the bank service’s director, told VOA’s Horn of Africa service. So the blood service recruited Prime Minister Abiy Ahmed and other government officials to extend their arms and set an example. That was on April 22.

“Where there is a shortage of face masks or mechanical ventilators, you can ask or force factories to produce them. But there is no such production for blood.”

Blood is perishable, with a maximum 32-day shelf life even when refrigerated, so “you need a system of ensuring that the blood supply chain is adequate at every given point in time.”

Many African countries have weak health systems that have been further compromised by COVID-19. Loua called for more aid not only from donors but also from “developed countries, because we don’t have sufficient resources.”

In sub-Saharan Africa, he said, most countries’ national blood services have “insufficient capability … to collect, process and store convalescent plasma in a quality manner.”

Since 2004, the United States has supported blood supply safety programming in more than a dozen sub-Saharan African countries as part of the President’s Emergency Plan for AIDS Relief.

In October, the program cut off funds for Kenya’s National Blood Transfusion Service as part of its effort to have countries assume more fiscal responsibility, according to Devex, a global development media site. It reported that it had unsuccessfully sought an extension – and that Ethiopia, Tanzania and Swaziland had shifted to covering all blood collection and testing costs as of 2016.