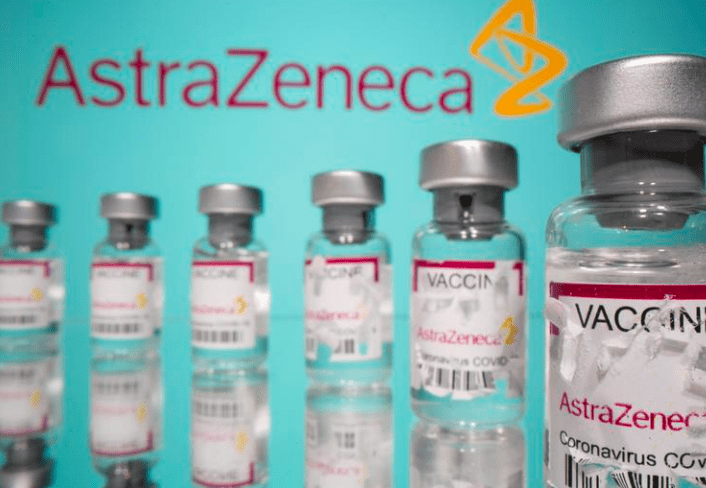 The European Union’s medicines regulator has concluded that the Oxford-AstraZeneca Covid-19 vaccine is safe to use after several EU countries suspended their rollouts following reports that it could be linked to blood clots.

The European Medicines Agency (EMA)’s executive director Emer Cooke said the agency had “come to a clear scientific conclusion: this is a safe and effective vaccine.”

Cooke said the group did not find that the vaccine causes clotting, though it could not rule out definitively a link to a rare blood clotting disorder, of which seven cases have been reported out of several million doses given in the UK. She said the benefits of using the vaccine outweighed the risk.

The committee “concluded that the vaccine is not associated with an increase in the overall risk of thromboembolic events, or blood clots,” Cooke said.

The agency’s decision comes after more than a dozen European countries halted their use of the vaccine, citing reports of a handful of patients across Europe who developed clotting after being inoculated.

Most of the countries said they would await the EMA’s green light before resuming rollouts, but concerns remain about the impact of the suspensions on vaccine hesitancy across the continent.

“I want to reiterate that our scientific position is this: this vaccine is a safe and effective option to protect citizens against Covid-19,” Cooke said at a press conference Thursday.

“It demonstrated that at least 60% efficacy in clinical trials and preventing coronavirus disease, and in fact the real world evidence suggests that the effectiveness could be even higher than that.”

The group said it recommended raising awareness of blood clot reports so that they could be further analyzed. But they said those reports were rare, and that more than 7 million people have received the vaccine in the EU.

Virtually all of western Europe had temporarily stopped using the shot in recent days, even amid a third wave of coronavirus infections across the region, after a small number of reports of clots emerged.

The death of a person in Austria, a woman in Denmark and a third patient in Norway sparked the suspensions. But the decisions were criticized by much of the medical community, and other countries continued to back the use of the vaccine — including the UK, which has given out more than 11 million AstraZeneca doses so far.

In the EU, leaders will now face the question of how to rebuild any trust in the AstraZeneca vaccine that has been lost over the past week. The bloc’s rollout of the jab has stumbled from one obstacle to another since it was approved for use in January, with governments scrambling to secure limited supplies of the jab while simultaneously casting doubts over its efficacy and safety.

Milan’s largest vaccine center told CNN it would resume AstraZeneca vaccinations on Friday if given the green light from the EMA, and would overbook appointments in an attempt to make up for the shortfalls of the past few days. Ireland’s Prime Minister had earlier told CNN he hoped his country could “catch up fairly quickly” once the vaccination program resumed.

But experts fear that some damage has already been done. In France, an Elabe poll showed this week that only 22% of the population now trusts the AstraZeneca vaccine. Remi Salomon, a senior French hospitals official, told BFM TV on Thursday that “people are being overly cautious” in the country and that he feared “people will not interpret” the suspensions in “the right way.”

“A scare like this has the potential to increase vaccine hesitancy,” Michael Head, senior research fellow in Global Health at the University of Southampton in Britain, told CNN earlier in the week. “These vaccines are to protect against a pandemic virus. There is an urgency to the rollout.”

The EMA did not explicitly advise countries to resume their rollouts, though most have indicated they would do so if the agency reached this conclusion.

But Cooke noted during Thursday’s press conference that “a lot of member states are waiting for this outcome,” and said the conclusions would allow those countries to “make informed decisions.”

And in some European countries, the clamor to make up for lost time began immediately.

“We must resume vaccination as quickly as possible,” Michel Chassang, a French GP and president of the Confederation Of French Medical Trade Unions, told BFM after the EMA announcement.

“The only way to stop the circulation of this virus is precisely to make sure people are vaccinated,” he said, admitting that a loss of confidence in the vaccine could hamper those efforts. “It won’t be easy, we will swim against the tide, because this vaccine (has) now got bad press … and even since the start.”

Its rollout on the continent has been affected by myriad problems; several countries cast doubts over whether it was effective in older people last month, before subsequently concluding that it was.

The EU has also been involved in a tug-of-war over limited supplies after AstraZeneca said it was unable to deliver its full amount of promised supplies; Italy blocked exports of the shot to Australia just days before suspending its rollout.

Shortly before the EMA’s announcement, Britain’s regulatory agency ruled that “the available evidence does not suggest” the vaccine caused clotting.

It said it will continue to review five reports of blood clots in the country, out of more than 11 million people it had vaccinated.

“There is no evidence that that blood clots in veins is occurring more than would be expected in the absence of vaccination, for either vaccine,” MHRA chief executive June Raine said, referring to the Pfizer vaccine which the UK is also rolling out.

“You should therefore continue to get your jab when it is your turn,” she said. AstraZeneca has itself repeatedly insisted its product is safe.Real-world data from the UK, where far more doses have been given, has shown that it is already having an impact there; a single dose of the vaccine reduced the risk of hospitalization from Covid-19 by more than 80% in people aged over 80, data from Public Health England showed earlier this month. The vaccine is given in two doses, though countries differ in how far apart they are spreading those shots.

Cooke cited such data during the briefing, calling the vaccine “a safe and effective option to protect citizens against Covid-19.”

AstraZeneca isn’t the only vaccine available in Europe. Doses of the BioNTech-Pfizer and Moderna vaccines are currently being rolled out to Europeans, while the first deliveries of the Johnson & Johnson vaccine aren’t expected to arrive until mid-April. On Tuesday, Pfizer agreed to accelerate delivery of 10 million doses of its Covid-19 vaccine to the EU, days after AstraZeneca said it would have a “shortfall” in planned vaccine shipments to the bloc.