At least 8 people hospitalized after car plows into crowd 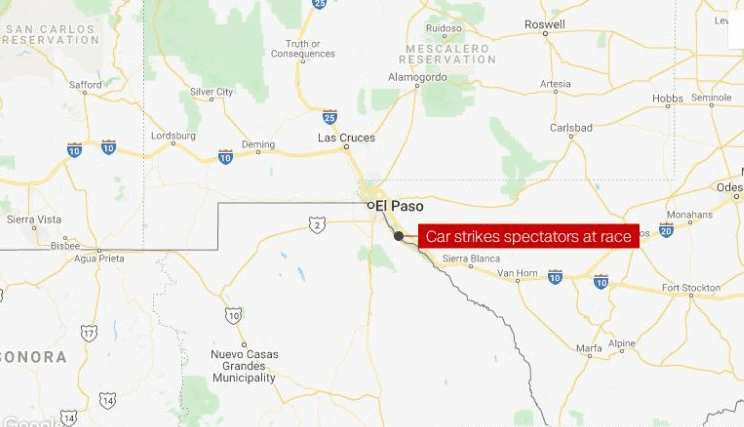 At least eight people were hospitalized after a car plowed into a crowd at a mud racing event in Texas Sunday night, officials said.

“The preliminary investigation revealed one of the vehicles due to unknown reasons left the mud-track striking and breaking through a guard rail,” the release said.

The vehicle also struck three other vehicles in the initial crash, according to the release.

Authorities did not release any additional details on the incident, including the conditions of the drivers or identities of the victims.

The incident occurred in Fabens, Texas, about 40 miles southeast of El Paso and less than a mile from the Mexican border.