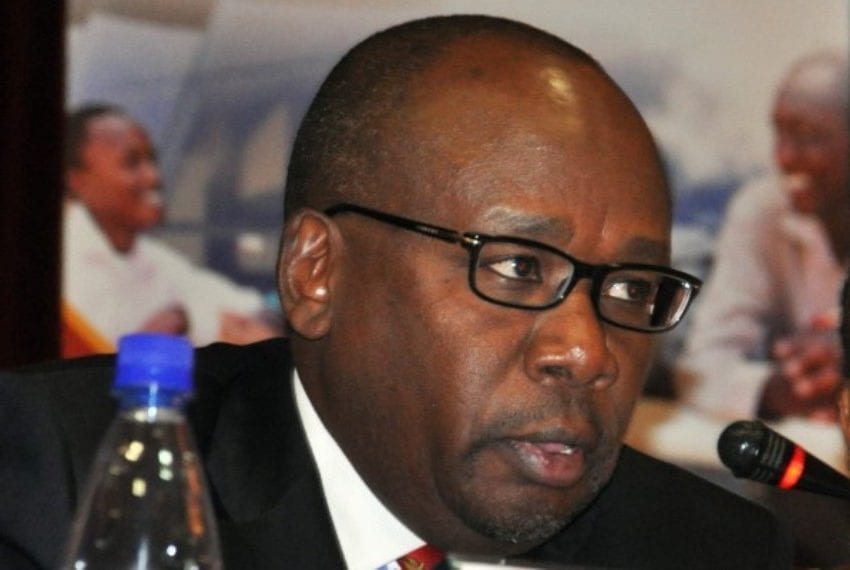 Prof. Muigai who is the custodian of the State Law office, handed his resignation to President Uhuru Kenyatta on Tuesday, February 13.

The president has since nominated Judge Paul Kihara Kariuki as his replacement. He also nominated Kennedy Ogeto for the position of Solicitor-General and Abdikadir Hussein Mohammed as Ambassador to South Korea.

The president decided to break the news himself on his Twitter handle.

“I have received with regret the resignation of Attorney General Prof. Githu Muigai. I thank him for his service for the last six and a half years. I have nominated as his replacement Judge Paul Kihara Kariuki,” said Mr. Kenyatta.

Until his resignation, Prof. Githu Muigai served as Attorney General for six years.

The president also issued a statement;

Good afternoon,
Fellow Kenyans I have today the 13th of February 2018, received with regret the resignation of Professor Githu Muigai from the office of Attorney General effective the date of the appointment of his successor.
I wish to place on record, on my own behalf and on behalf of the people of Kenya, our gratitude for the committed and dedicated service that Professor Muigai has accorded to our nation over the last six and a half years that he has served in the office of Attorney General. I wish Professor Muigai all the very best in the next phase of his professional career.
Under the powers vested in me by Article 156(2), I have today nominated the honourable Justice Paul Kihara Kariuki to the National Assembly for approval as our next Attorney General.
I have also today forwarded the names of Kennedy Ogeto for the position of Solicitor-General. I have forwarded also the name of Abdikadir Hussein Mohammed as my nominee for Ambassador to South Korea.
Mr. Njee Muturi has been appointed to the position of Deputy Chief of Staff.
Thank you and God bless you.