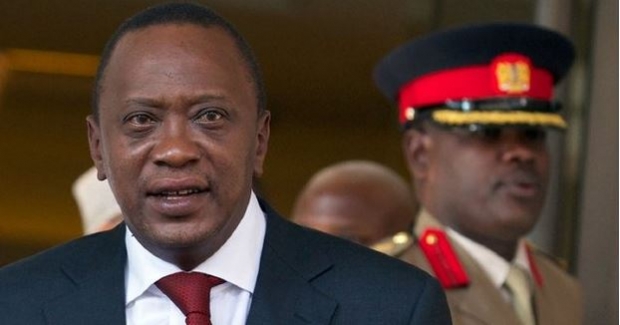 The African Union on Sunday adopted a proposal by President Uhuru Kenyatta for the AU to develop a road map for the withdrawal of African nations from the Rome Statute.

The proposal was adopted along with a report by the AU Ministerial Committee of Ministers of Foreign Affairs that criticises the ICC over the manner in which it has been handling the case against Deputy President William Ruto and Joshua arap Sang.

The document asks the ICC to terminate the case against Ruto and Sang as the case lacks any believable evidence.

In his address, President Kenyatta said Africa should make a powerful statement that reflects its refusal to be carried along in a system that has no regard for the sovereignty of nations and tramples on the security as well as the dignity of Africans.

He said the only option left for Africa was to completely withdraw from the Rome Statute because the utility of the ICC at this time of global turmoil is extremely limited.

President Kenyatta said African leaders would be failing in their duties if they continued shoring up a dysfunctional instrument whose mainstay was to humiliate Africans and distract their governments from their mandates.

“We refuse to be carried along in a vehicle that has strayed off-course to the detriment of our sovereignty, security and dignity as Africans,” said the president.

The document together with the proposal to give open-ended Ministerial Committee of Ministers of Foreign to embark on drawing the road map was adopted on Sunday afternoon.

The ministers will first proceed to have meetings with the United Nations Security Council on the AU resolution asking for the termination of the Kenyan case and several other recommendations.

The outcome of the meetings between the ministers and the UN Security Council will determine the next course of action, which includes exercising the mandate for the mass withdrawal road map.

In his speech, President Kenyatta pointed out that Kenya’s position, which is shared by other countries, was born out of the total disrespect with which the ICC has treated the concerns of Kenya and other African nations.

“When Kenya and the large group of African countries joined the International Criminal Court, it was to seek legal means to complement the other important tools that we have stood up.  We sought to combat impunity while being sensitive to the reality of our young and fragile democracies. We have been sorely disappointed,” said President Uhuru.

He added that Kenyans, including himself and the deputy president, were subjected to weak cases built on weak investigations and pursued with politicised zeal.

“There can be no recent illustration of this than January’s proceedings in the case against my Deputy William Ruto and Journalist Joshua Sang,” said the president.

“In the case of the deputy president the prosecution wants the court to proceed without evaluating the evidence,” said the president.

“In any criminal justice system, these cases would never have come to trial.  It is our expectation that the law will be applied and cases terminated,” said the president.

President Kenyatta said Kenya’s disappointment with the ICC is made more serious because of the circumstances the country is facing.

“In the face of a mutating global terrorist threat that is costing us lives and great economic loss, in the midst of playing our part in mediating multiple peace processes in our region, we have had to contend with an ICC pursuing weak and politicised cases,” Mr Kenyatta.

The Head of State criticised the ICC by saying that the only notable thing the ICC has achieved by pursuing the Kenya cases was to distract the government from its duty to serve the Kenyan people and the continent fully.

“This is not what Kenya signed up for when we joined the ICC.  I highly doubt that those of you that are its members expected this to be the way the court would conduct itself,” said the president.

President Kenyatta said the only alternative for the total withdrawal from the Rome Statute was for the ICC to be drastically reformed.

He said the continent and the African Union have sought constructive engagement with ICC and sought its reform and stated that Africa should not tire from the efforts to reform the ICC, even as it develops the procedures for mass withdrawal because African nations are not opposed to mechanism for justice.

“When Kenya and the large group of African countries joined the International Criminal Court, it was to seek legal means to complement the other important tools that we have stood up,” said the President.

“It is my sincere hope that our ICC reform agenda will succeed so that we can return to the instrument we signed up for.  If it does not, I believe its utility for this continent at this moment of global turmoil will be extremely limited.”

The report by the ministers adopted by the AU calls on the ICC to unconditionally drop the case against Deputy President William Ruto and Joshua Sang.