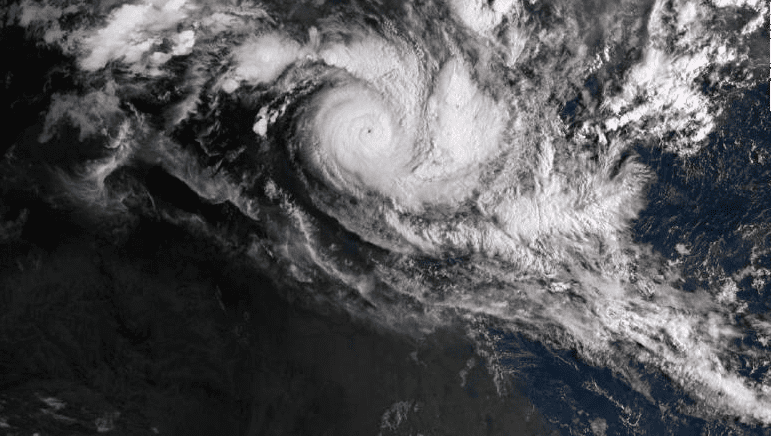 A severe tropical cyclone made landfall in northern Australia on Saturday with wind gusts of up to 250 km/h (155 mph), and another one is approaching the west of the country.

Severe tropical Cyclone Trevor struck the Northern Territory after a state of emergency was declared in the state, according to the Australian Bureau of Meteorology.

Northern Territory is expected to experience “very dangerous” storm surges of up to 1.5 meters and gale force winds that are expected to strengthen as it makes its way inland.

The regional government issued a flood watch, with the system expected to deliver rainfall totaling 100-200 mm on Saturday and Sunday.

The Australian Defense Force has deployed 200 personnel to the Northern Territory, which has a population of 244,000. They will help in what state authorities have declared “the largest pre-cyclone evacuation in the Territory’s history.”

Trevor is forecast to maintain tropical cyclone strength until Sunday morning local time, with the cyclone tracking towards the state of Queensland.

A second system, known as Severe Tropical Cyclone Veronica, is approaching Western Australia and expected to cause a “severe coastal impact” when it makes landfall on Sunday, according to a cyclone notice from the Australian Bureau of Meteorology.

“Veronica may be traveling more slowly than a typical system as it crosses the coast during Sunday morning, and as a result communities in the path of the cyclone should prepare to shelter from the destructive winds for an extended period of 12 hours or more,” warned the Bureau of Meteorology.

A yellow alert is now in place with Severe Tropical Cyclone Veronica remaining a Category 4 system.

Forecasters predict that along with “destructive winds with gusts in excess of 165 km/h (103 mph), significant storm surge is expected to bring several meters of water above the normal tide. There is a high risk that this will result in properties becoming inundated,” according to Darren Klemm, Commissioner of the Bureau of Meteorology.

The Bureau of Meteorology, Western Australia, tweeted that “rainfall near the cyclone track expected to be 300 mm+.”