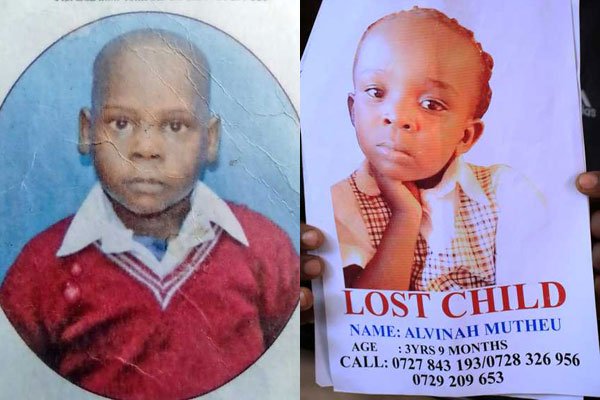 Detectives probing the mysterious deaths of two children whose bodies were discovered in a car parked at Athi River Police Station will have to go back to the drawing board to look for clues on what might have caused the death of Alvina Mutheu (3) and Henry Jacktone (4).

This follows an inconclusive post mortem examination conducted by Chief Government Pathologist Johansen Oduor, who said it was difficult to tell the exact cause of death due to the level of decomposition that both bodies had undergone in the car.

Speaking at Chiromo Mortuary on Tuesday after a four-hour autopsy, Oduor also said there were no visible injuries or fractured bones to suggest any kind of trauma.

Samples from the bodies have been forwarded to the government chemist for further tests to establish the duration the bodies were in the car.

Mutheu and Jackton’s bodies were discovered in the car last Wednesday after they were reported missing on June 11, 2020.

Reports indicate that the bodies were discovered by a man who had gone to the station to pick up his car – a Toyota Belta- which had been impounded after a crash on May 1, 2020.

The Nairobi-based businessman alerted the officers that there was a foul smell coming from the trunk of his car.

Upon opening the trunk, the bodies of the two minors were discovered stashed inside a black paper bag.