Autopsy: Lawyer Nyakundi’s son shot from outside the car after confrontation 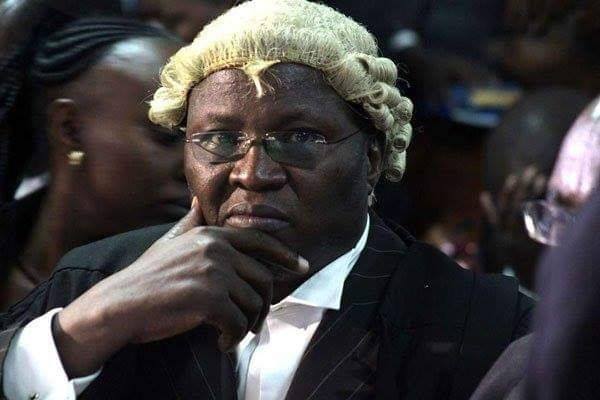 An autopsy report conducted on the body of Joseph Nyakundi – city lawyer Assa Nyakundi’s son – has now revealed that the deceased could have been shot from outside the vehicle and not inside as first reported.

This contradicts Mr. Nyakundi’s earlier claim that he was trying to holster his firearm while in the car when he accidentally fired, shooting his second-born son Nyakundi, 29, in the chest.

According to the autopsy report, which was released on Thursday, the cause of death was chest injuries and haemorrhage due to gunshot from a low velocity firearm.

“The shot projection from the chest exiting at the back suggested that whoever shot him was standing outside the rear right back door of motor vehicle KCE 753B Toyota Axio which belongs to the father of deceased,” reads the report in part as seen by Citizen Digital.

“The angle of shooting according to the projection could be ninety degrees, suggesting there was a confrontation.”

The autopsy was conducted by government pathologist Dr. Johansen Oduor in the presence of the homicide team, government chemists, ballistic experts, forensic analysts from the Directorate of Criminal Investigations (DCI) as well as lawyer Cliff Ombeta representing the suspect.

The ballistic experts and homicide detectives will analyze the said vehicle further, before making their final report as investigations into the incident continue.

Police on Tuesday found a pistol and 471 rounds of ammunition of different calibre inside a safe in Mr. Nyakundi’s master bedroom while  in an adjacent room used as a library, at a shoe rack – one shot gun rifle was found.

Mr. Nyakundi’s Toyota Axio car was also subjected to ballistic examination during which one spent cartridge was recovered under the mat of the front passenger seat and a bullet head of the same calibre was found inside the boot.

Bloodstains were found on the upper left side of the back seat with a bullet hole visible about six inches from the blood stain on the backrest of the seat. The vehicle was also dusted for finger prints and samples collected for forensic examination.

Investigators further disclosed that Mr.Nyakundi’s glock pistol which was recovered from him after the fatal shooting was confirmed to be loaded with 13 rounds of ammunition and not 14 as earlier stated.