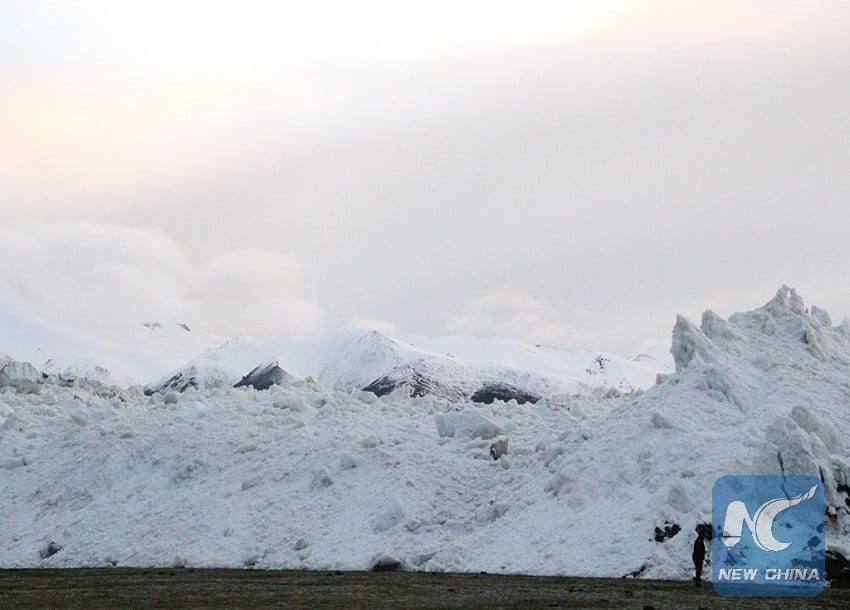 An avalanche in northwestern Tibet buried at least nine people, scores of yaks and hundreds of sheep in sparsely populated Dungru Township in Ruthog County, Ngari prefecture, about 1,000 kilometers northwest of Lhasa, according to Chinese state media.

China’s official Xinhua News Agency is reporting that an 8-meter-deep mass of snow crashed down on the herders and their livestock on Sunday. The disaster struck a summer grazing area where six families reside.

“The cracking sounds from glacier was heard and, as the day gets warmer, more avalanches might occur,” said Tibet Radio in its Tibetan language reporting, adding that Tibetan Autonomous Region officials dispatched responders to the scene and allocated some 2 million Yuan ($298,000) to Ngari prefecture officials for search and recovery efforts.

The Associated Press said prefectural officials “confirmed the deaths in a brief online statement, but gave no other details.”

Ruthog County is located north of Ngari prefecture at an elevation between 4,500 to 6,800 meters above sea level. It borders to Xijiang to the north and India’s Jammu and Kashmir to the west. The county is known for possessing many ancient cave paintings.

The Xinhua report linked the avalanche to global warming. Glacier hydrologists recently told VOA that climate change is responsible for
increasing rates of glacial melting across the Himalayas

“China is already dealing with some of its most extreme summer weather in years, with at least 164 people killed and 26 left missing as a result of torrential rain, floods, landslides and hailstorms since June 30,” the Associated Press reported.