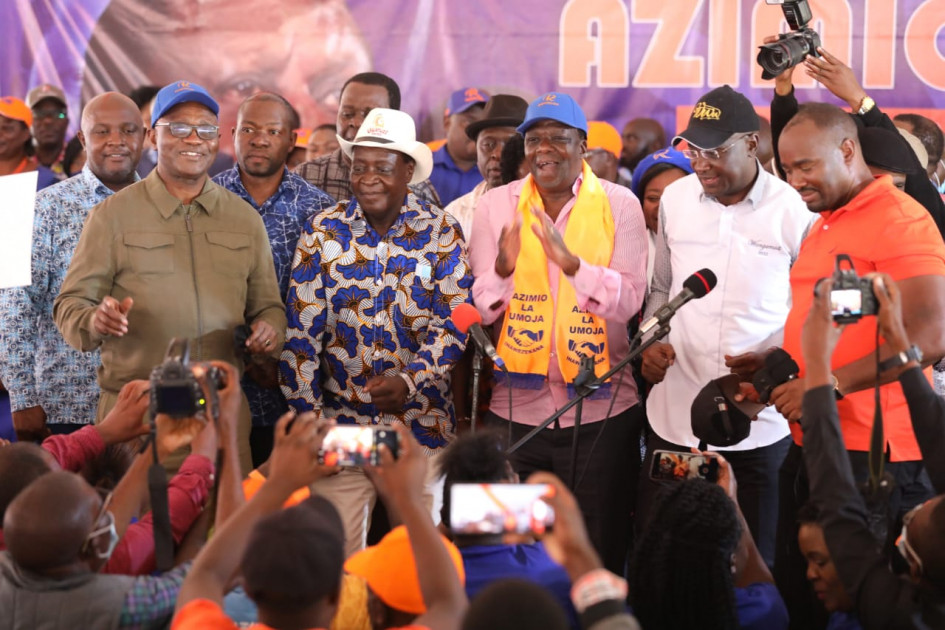 “We are glad to meet our stakeholders and tell them what Azimio stands for. We have brought together people from ward level to support our presidential candidate, Raila Odinga,” Oticchilo said.

He added that Odinga has fought for the country selflessly and that as a father of devolution, it is in Raila’s presidency that county allocation will be increased from 15% to 35 %.

“It is only in Azimio where we are safe as a community. We have supported Raila Amolo Odinga for many years. Why would we turn against him at this last moment? I want all of us to go to the grassroots and sell the Raila presidency,” remarked Oparanya.

The convention was also attended by Bungoma Governor Wycliffe Wangamati and his Kisii counterpart James Ongwae who echoed sentiments by their colleagues in supporting Azimio La Umoja.

Notably, Vihiga is home to Musalia Mudavadi, who recently joined deputy president William Ruto’s camp, a move that saw his party ANC lose a number of elected and nominated leaders to ODM and the recently launched DAP-K parties.

Also present were MPs Chris Omulele (Luanda), Ayub Savula (Lugari), Wafula Wamunyinyi (Kanduyi) and a host of MCAs both from Vihiga and other counties.