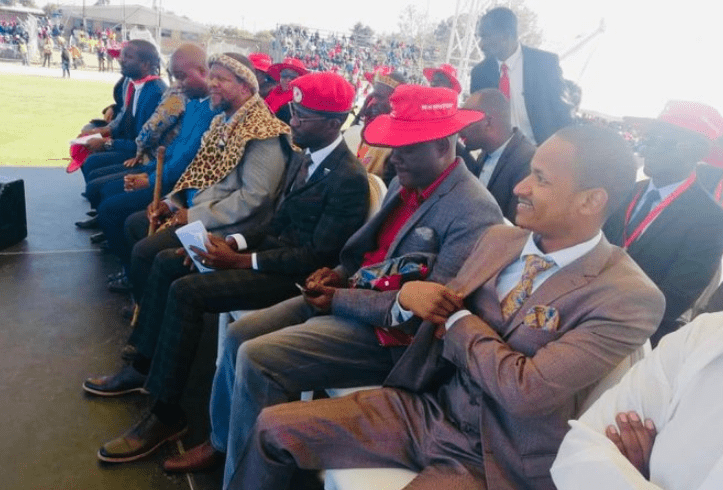 Mr. Sifuna was, however, reportedly briefly detained at the Robert Mugabe International Airport in Harare before being released.

The three voiced their support for Mr. Chamisa saying his election as the MDC party boss was a sign that Africans are eager for liberation.

“We are gathered here today to reflect upon an agenda that I hold very close to my heart. An agenda that I have been championing since my days as a student leader in Nairobi and indeed, to this day as a Member of Parliament in the Kenyan National Assembly,” said Mr. Owino.

“An agenda that I will never tire in advocating. An agenda that has brought all of us together here today – the Liberation Agenda!”

The vocal Kenyan politician termed his presence in Zimbabwe as an acknowledgement of how intertwined the ODM party and the MDC are in ideology and vision.

He further stated that the party’s founding President, the late Morgan Tsvangirai, was a mentor to ODM members and a close ally of ODM party leader Raila Odinga.

“Here in Zimbabwe, the cloud of dummy elections still hangs dark over your democracy as it does in my own beloved country,” he added.

“I appeal to you, the young people of Zimbabwe, led by Comrade Chamisa to join hands with the rest of us like minded revolutionaries across the continent to commit to never allow another stolen election in Africa.”

The legislator also criticized the Ugandan government over its treatment of Kyaddondo East MP Bobi Wine who, according to him, “was illegally arrested and detained for no crime other than being a young person with a vision for his people.”