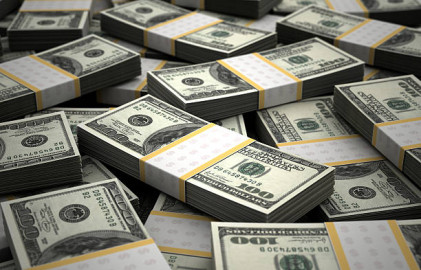 Barbados on Tuesday became the first country to secure agreement on a financing package under a new IMF fund aimed at helping low-income countries deal with the impacts of climate change.

A team from the Washington-based lender agreed with the island nation's government on a $183 million package through the Resilience and Sustainability Trust (RST) launched earlier this year.

The proposed deal "will provide financing to support the country's climate change adaptation and mitigation efforts, and support Barbados' ambitious goal of transitioning to a fully renewable-based economy by 2030," said Bert van Selm, who led the IMF mission to Barbados this week.

The country still has to gain approval from the International Monetary Fund's board and must negotiate a more traditional loan program, as required by the terms of the RST.

Barbados has requested a three-year, $110 million aid package under the Extended Fund Facility to accompany the other financing, van Selm said in a statement.

He noted that the country faces some of the same challenges hitting the global economy, including rising inflation and supply chain issues, but with tourism returning to the island, the economy is expected to grow by 10 percent this year.

"Barbados continues to confront economic challenges owing to the global pandemic and higher global commodity prices, but the recovery is now well underway," van Selm said, although he cautioned about ongoing risks to the outlook.

The aid programs will help the country continue reform efforts, including reducing public debt, while boosting economic stability, he added.

The IMF aims to mobilize $45 billion for the RST with contributions from member governments and provide long-term loans to support low- and middle-income nations eligible for the funding.