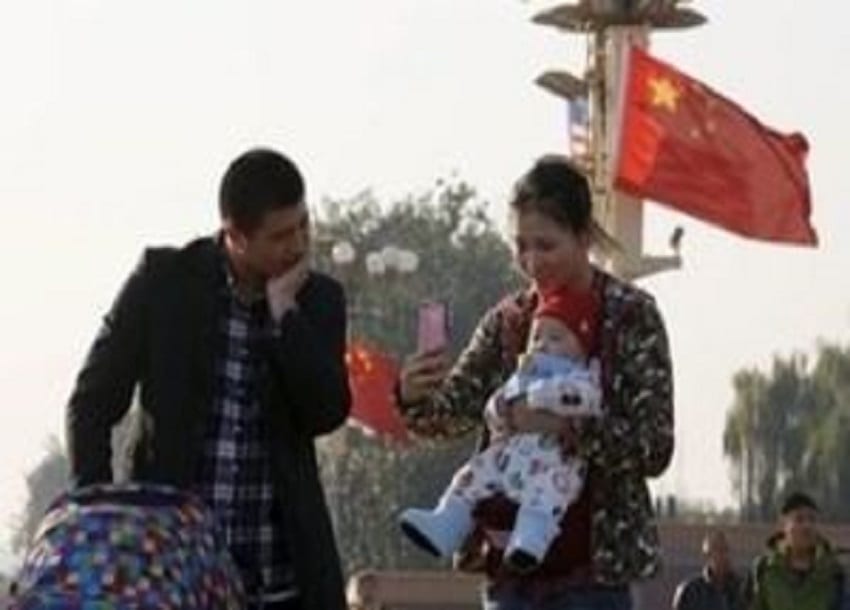 Authorities in China’s capital will extend leave from work for new mothers and fathers, state media reported on Friday, in what appeared to be the latest incentive to encourage families to have more children.

The world’s largest economy faces a shrinking labor force and aging population, meaning it could be the first country in the world to age before it first gets rich.

Last year, the ruling Chinese Communist Party announced it would relax its long-standing and controversial “one-child policy”, allowing all couples to have two children.

The government, keen to address the looming aging crisis, is concerned many people will choose not to exercise that right, worried about the cost of raising two children in an increasingly expensive country.

The state-run China News Agency, in reporting the new rules for leave for new parents, did not link them to hopes people would have more children.

Fathers in Beijing will now be entitled to 15 days of paternity leave under the new regulation, the news agency said. New fathers in China now get three to 10 days paternity leave depending on where they live, according to state media.

Mothers in Beijing can extend their leave to a maximum of seven months if their employers agree, the news agency said, which is 30 days longer than now.

Under the new regulations for Beijing, couples who already have a child each from a previous marriage can have another baby, the news agency said.

China’s population is set to peak at about 1.45 billion by 2050 when one in every three people is expected to be more than 60 years old, with a shrinking proportion of working adults to support them.

The one-child policy was introduced in the late 1970s to prevent population growth spiraling out of control.

But it is now regarded as outdated and responsible for a shrinking the labor pool and an aging society, with a smaller number of productive young people, a phenomenon usually seen in industrialized countries.

Critics say the relaxation of the one-child policy and related reforms have come too late to avert a dangerous population imbalance as many couples are now not keen on having more children.