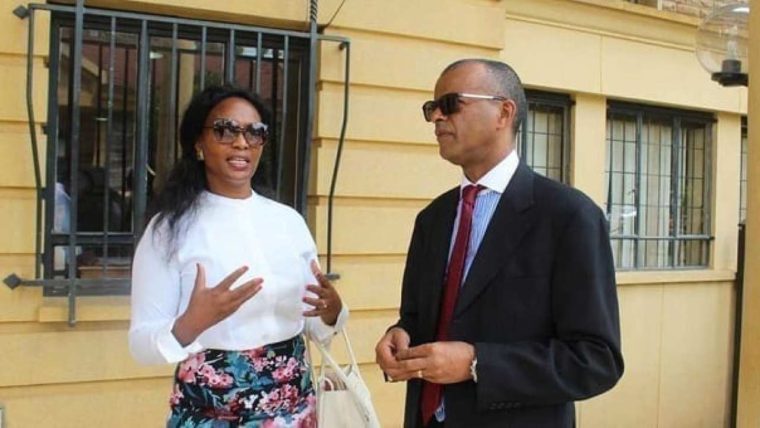 The High Court has dismissed an application by Sarah Wairimu who wanted her prosecution stopped.

She was charged with killing her husband Tob Cohen two years and pleaded not guilty.

The court granted her bail pending hearing and determination of the murder case.

On Thursday, Justice James Makau said he has no jurisdiction to hear the application.

Employees at the Dutchman’s home told police that on the afternoon of July 20, he left in white car carrying only a briefcase.

At the time, Mr. Cohen and Ms. Kamotho were reportedly embroiled in a bitter divorce case with a multi-million shilling property at the centre.

Tob Cohen had on July 12, 2019 filed an assault case against his estranged wife during which he also cited continuous harassment and denial of conjugal rights.

Six days later,  Ms. Kamotho reportedly wrote a note to the Dutch Embassy in Nairobi alleging that;: “Tob has depression and mental condition he won’t address for personal reasons and this has (been) and is causing a lot of problems. He has become impossible to live with, even though we try. The family has stepped aside due to the abusive and vindictive nature of his condition.”

Almost two months after Tob Cohen had been reported missing, detectives found the body inside a septic tank at his Kitisuru home in Nairobi.

Postmortem examination results would later reveal that a blow to the right side of the head is what killed him.

Some parts of the body were found to be decomposed with maggot infestation while the eyes had been blindfolded, hands and feet bound with a rope at the neck.

Wairimu was arrested and later remanded at the Lang’ata Women’s Prison for over 40 days.

However, she was freed on on Ksh.2 million bail or two sureties of Ksh. 2 million each.

In February 22, 2020, Court of Appeal Judge Sankale ole Kantai was interrogated by detectives from the Directorate of Criminal Investigations (DCI).

He spent the night at Muthaiga Police Station then was released on police bond.

Police were said to be considering charging Justice Kantai with accessory after the fact in the Tob Cohen murder case.

Justice Kantai was alleged to be a close friend to Sarah Wairimu with detectives claiming that he ‘coached’ her as investigations were ongoing.