Biden tells Netanyahu of his ‘concern,’ calls on Abbas to end rocket fire 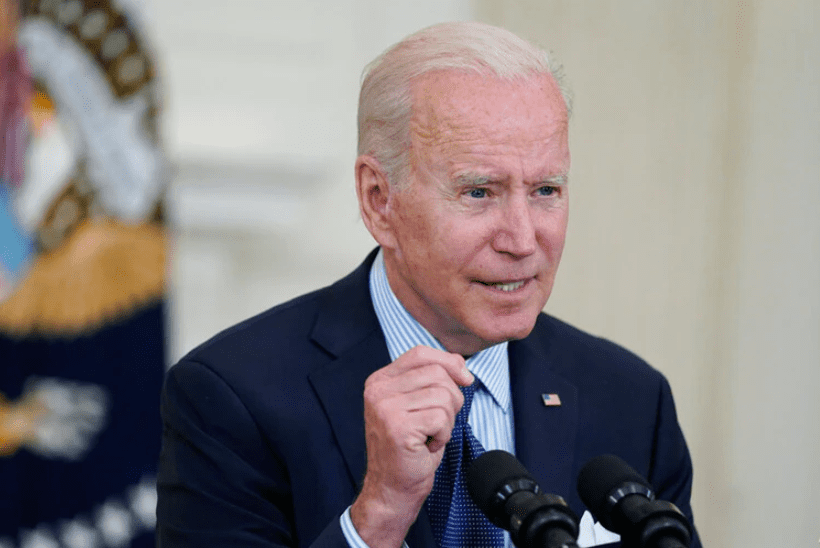 The president had already spoken with Netanyahu on Wednesday, but this was his first telephone interview with the head of the Palestinian Authority since arriving at the White House in January.

Biden stressed to Abbas “the need for Hamas to stop firing rockets at Israel” and reaffirmed to Netanyahu his “strong support for Israel’s right to defend itself against” these attacks, according to separate statements from the U.S. executive.

The president also “condemned these indiscriminate attacks on cities across Israel,” according to the text.

Since the start of this new round of violence between the Jewish state and Palestinian groups in the Gaza Strip on Monday, more than 150 people, most of them Palestinians, have been killed.

He also expressed to the Israeli prime minister his concern about “the safety of journalists” after an Israeli strike destroyed a building housing the premises of the U.S.-headquartered Associated Press in Gaza, according to a White House press release.

The Democratic president also “expressed his great concern about the violence between communities in Israel. He welcomed the statements by the prime minister and other leaders opposing such heinous actions.”

He also “noted that this current phase of the conflict has tragically claimed the lives of Israeli and Palestinian civilians, including children.”

To Abbas, Biden repeated “the American commitment to strengthen the partnership” with the Palestinians.

The U.S. president finally “expressed his support for measures to enable the Palestinian people to enjoy the dignity, security, freedom and economic opportunities they deserve.”

He recalled the resumption in April of American aid to the Palestinians, interrupted under the administration of former U.S. President Donald Trump.

A “negotiated two-state solution” is “the best way to achieve a just and lasting resolution of the Israeli-Palestinian conflict,” added Biden.

The spokesman for the Palestinian presidency, Nabil Abou Rudeinah, told AFP that the interview was “important.”