Government to put up 30,000 low cost houses in Nairobi 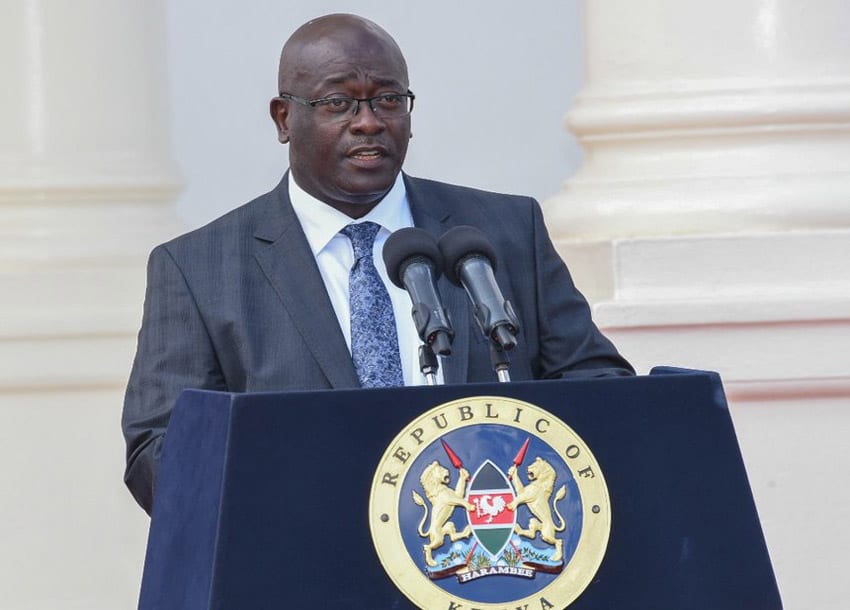 The Government is set to launch a low cost housing project that will see 30,000 houses constructed in Nairobi’s Eastlands area, as part of President Uhuru Kenyatta’s ‘Big Four’ agenda on achieving affordable housing.

Construction of the Shauri Moyo, Makongeni and Starehe houses will kick off within six months while the ground breaking for the 2,000 units of affordable housing on Park Road will be within three months.

Speaking on Sunday during a press briefing at State House, Nairobi, State House Spokesperson Manoah Esipisu, said the team leading the regeneration of Nairobi has given itself a timeline of six months to undertake the project.

“We’ve already spoken to setting up of the Kenya Mortgage Refinance Company within the next month. But what will define a changing Nairobi will be the breaking of ground for three flagship projects as part of the President’s Big Four agenda,” said the State House Spokesperson.

On health, Mr. Esipisu said the team has given itself a timeline of six months to improve Mbagathi and Mama Lucy hospitals by putting up accident and emergency facilities to reduce pressure on Kenyatta National Hospital.

The team would also oversee the upgrade of Mutuini Hospital to Level Four status as well as that of 10 other high-volume health centres.

He said the President wants other hospitals equipped with specialized equipment and trained staff to deal with normal emergencies and accident cases instead of being referred to Kenyatta National Hospital.

He pointed out that President Kenyatta recently made a private tour of Kenyatta National Hospital and ordered the release of 500 patients who had been detained because of payment issues.

“The problem is that all those are related to real basic stuff like broken bones. Broken bones that would be fitted in a normal trauma centre and then patients would just go home if the trauma centre is working. And the President doesn’t want to see those cases being the norm,” said Mr. Esipisu.

According to the State House Spokesperson, the team working on regeneration of Nairobi has also committed itself to ending traffic jams in the city by undertaking radical measures aimed at ensuring smooth traffic flow within the city.

These measures include full car-free days for Westlands and the Central Business District, a traffic management committee, the Bus Rapid Transport (BRT) system which would be put in place as well as the automation of bus termini and improvement of non-motorised travel.

He said the launch of the Bus Rapid Transport would be preceded by the availability of 39 buses and infrastructure improvement on Langata, Waiyaki Way, Mombasa Road, Jogoo Road and Juja roads.

On the President’s Universal Health Coverage agenda, Mr. Esipisu said aggressive steps are being taken to ensure the plan works with the counties of Kisumu, Machakos, Isiolo and Nyeri that have been identified for a 100 percent pilot.

“A pilot is important because it allows the Government to assess the efficiency and effectiveness of facilities and institutions that are key to delivery: the availability of human resources, logistics matters, and importantly, how citizens are responding,” said the State House Spokesperson.

“At the heart of the programme are citizens. This is about the Kenyan people, not the level of government responsible for delivery,” he added.

He said the other 43 counties will also run pilots, involving 10,000 citizens per county, noting that although it is at a much smaller scale, it allows the counties to start to see how the Universal Health Coverage will work.

Mr. Esipisu said  Health Cabinet Secretary Sicily Kariuki would be traveling to Cuba this week to conclude key agreements that are critical to the President’s agenda to reduce common illnesses, such as malaria.

“In collaboration with Cuba, the Government expects to launch this year a malaria vector control project in the counties of Busia, Kakamega, Bungoma, Siaya, Kisumu, Migori, Homa Bay, Kisii and Nyamira — where malaria is commonplace — as it starts to aggressively implement measures to significantly reduce or end malaria,” said the State House Spokesperson.

“There is a massive shortage of specialists in these areas and the President’s mandate is to ensure his citizens get relief from whatever source possible. The Cubans will also be expected to mentor the Kenyan doctors they will work with across the country,” he added.