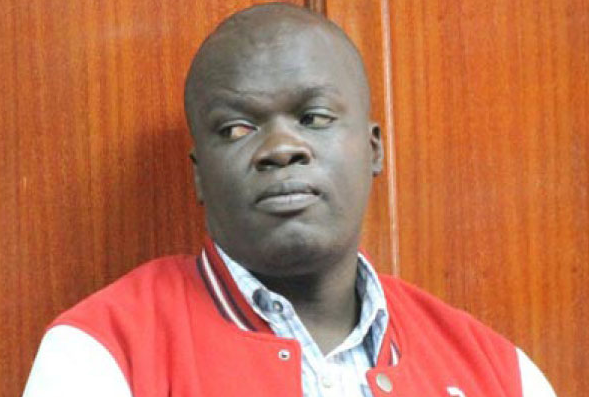 Controversial blogger Robert Alai has been charged in court for alleged improper use of a licensed telecommunication system.

Alai was accused of using his Twitter handle on November 18th, 2015, to cause annoyance that Ethics and Anti-Corruption Commission (EACC) Chief Executive Officer Halakhe Waqo has a fake degree.

The blogger claimed that Waqo was hired using a fake degree from the University of Nairobi.

It is alleged the blogger argued that it is ironical for Waqo to investigate corrupt individuals whereas he holds a fake degree.

Alai, who was appearing before Milimani Chief Magistrate Daniel Ogembo, denied the charges and was freed on a Ksh 100,000 cash bail with a similar surety or an alternative bond of Ksh 30,000.

Alai is facing similar other charges and the cases are still pending in court.