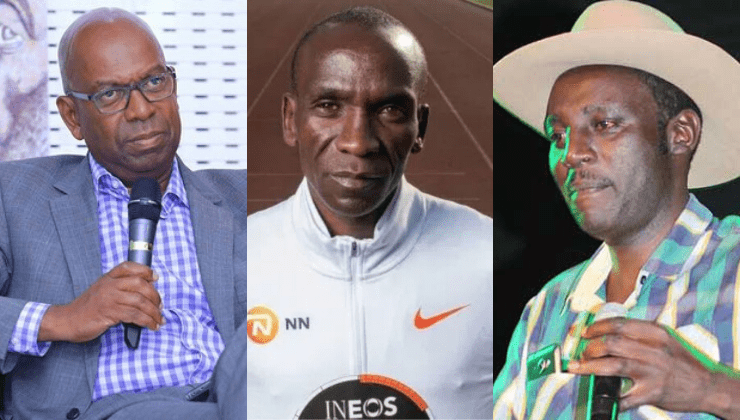 American technology powerhouse Google on Monday released the top trends of what Kenyans searched for this year; among them popular personalities, compelling news events and exhilarating sports actions.

Topping the list of the trending personalities was the late Safaricom CEO Bob Collymore — who succumbed to cancer on July 1 – followed by Eliud Kipchoge after he ran a sub-two hour race in Vienna, Austria, on October 12.

Late Benga musician John DeMathew, who died in a road crash on August 18, was the third most searched personality, trailed by late Bomet Governor Joyce Laboso who succumbed to a 20-year battle with cancer.

The late Kibra MP Ken Okoth came in fifth place; he too passed away after a battle with cancer.

Former President Daniel Moi’s elder son Jonathan Moi who passed away after a struggle with cancer was the eighth most searched person, coming right above by Moi University student Ivy Wangechi who was murdered by her estranged ex-boyfriend.

Former media personality and advocate Esther Arunga, who now resides in Australia, closed out the search list after news of her court sentencing following the death of her son.

Form One selection 2020 was the number one most searched item after it emerged that several top Kenya Certificate of Primary Education (KCPE) examination students were not posted in the national high schools of their choice.

The second trending query was Huduma Number following the government’s mass registration exercise that was aimed at ensuring the issuance of new digital identity cards for all Kenyan residents.

Next up was the Likoni Ferry tragedy where Miriam Kigenda and her daughter, Amanda Mutheu, lost their lives after their vehicle plunged into the Indian Ocean from a ferry crossing the Likoni Channel.

Kenyans also searched for the Building Bridges Initiative (BBI) report which was as a result of the handshake between President Uhuru Kenyatta and opposition leader Raila Odinga.

The Ethiopian Air Crash, which occurred two minutes after takeoff and claimed the lives of 149 Kenyans and 8 crew members, came fifth.

KCPE results 2019 came sixth, followed by the Kibra by-elections occasioned by the death of MP Ken Okoth and in which his brother, Bernard ‘Imran’ Okoth, vying on an ODM ticket beat out Jubilee’s McDonald Mariga to emerge victor.

The eighth trending query was the Dusit Riverside attack where Al Shabaab militants – in January this year – mounted an assault on the 14 Riverside office and hotel complex and killed more than 20 people.

Eliud Kipchoge INEOS came next after the Kenyan athletics legend broke the two-hour mark for running the marathon in the INEOS 1:59 Challenge.

The tenth search query was Census 2019 following the government’s announcement to conduct a household enumeration countrywide.

Under movies and TV shows category, Game of Thrones Season 8 and Money Heist Season 3 were the two big TV shows that kept Kenyans curious of the coming episodes.

The next searches were blockbusters Avengers Endgame, Bird Box and When They See Us; a TV miniseries based on true events about five African American men who were falsely accused and prosecuted on rape and assault charges.

Below are lists of Top 10 trending searches by Kenyans in 2019:

Top Trending General “How to” Searches

Top Trending Tech “How to” Searches

Top Trending “What is” Searches