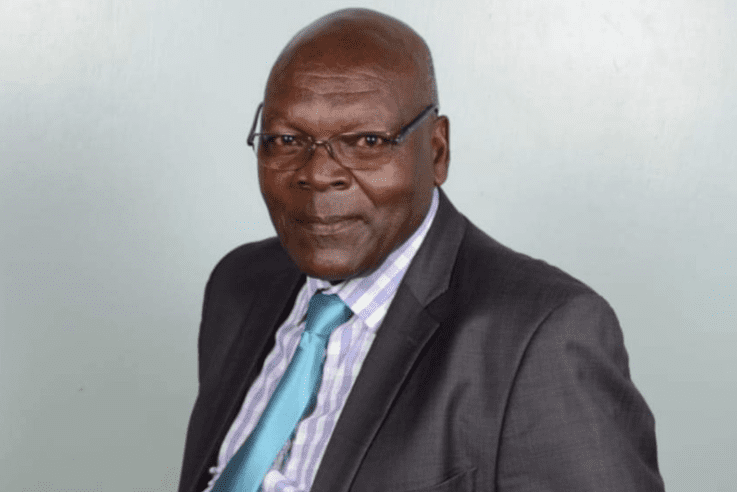 The family confirmed that Oyioka passed on at the Aga Khan Hospital in Kisumu where he had been admitted.

The legislator was elected to Parliament in 2013 under the Peoples Democratic Party (PDP) after the High Court considered a petition he had filed against then winner Zebedeo Opore.

Oyioka, however, only served for a period of six months after which the Court of Appeal overturned the decision made by the High Court. In the subsequent by-election, he again lost to Opore.

However, in 2017, Oyioka made a comeback and defeated Opore to claim the Bonchari constituency seat.

Senator Haji died on Monday morning at the age of 80. The former Defence Minister fell ill in September 2020 and was admitted to the Aga Khan Hospital in Nairobi.

The country also lost former Cabinet Minister Simeon Nyachae who passed on February 1, 2021 and was buried on Monday.

Kisii County Governor James Ongwae has led the Gusii community in mourning the late legislator, saying Oyioka’s death has shaken everyone in the wake of the demise of the late Mzee Nyachae.

Ongwae termed the deceased as a selfless, talented leader and an accomplished educationist who had great interest in the welfare of his constituents, and a quest to open up education opportunities for all.

“He is remembered for setting up a privately owned ECDE College (Angelic Teachers college) at Suneka, after his retirement from the Ministry of Education, where he served in senior positions. His contribution to society in the field of Education and community service will be greatly missed,” said the governor.

“Oyioka was also a successful entrepreneur, with interest in the hospitality industry and farming, thereby creating employment opportunities for the people of Kisii. My prayers and thoughts are with the family, relatives, friends, the people of Bomorenda clan, Bonchari, Omogusii as a whole and the entire nation whom the late Oyioka diligently served with passion.”

President Uhuru Kenyatta has also since eulogised the Oyioka as an accomplished educator and determined legislator.

In his message of comfort and encouragement to the legislator’s family, President Kenyatta described the MP as a determined leader who always sought and worked for the improvement of his constituents through education.

“It is a pity that death has robbed us of a determined and a progressive grassroots leader who used his long experience as a teacher and administrator to develop his constituents through education.

“Hon Oyioka’s love for education is demonstrated in his setting up of a private teachers college to serve his community after his retirement from public service.

“That was a selfless leader who knew and appreciated the transformative value of empowering the youth through education,” the President eulogised.

Other leaders who have mourned the deceased include National Assembly Speaker Justin Muturi and Interior Cabinet Secretary Dr. Fred Matiang’i.

It is sadly another dark moment for us as a Parliamentary fraternity.

Very sad to learn this evening that we have lost the Member of Parliament for Bonchari Constituency, the Hon. John Oroo Oyioka.

My heartfelt condolences to the family &friends of the distinguished lawmaker pic.twitter.com/eL1GB3qKcL

Very sad about the demise of Hon. John Oroo Oyioka, MP Bonchari. Our thoughts are with his family and the decent, peaceful people of Bonchari. pic.twitter.com/HpISDk5Gug

It was a dark Monday yesterday, when with a heavy heart, I learn of the passing on of yet another @NAssemblyKE Member of Parliament, the Hon. John Oroo Oyioka, MP for Bonchari Constituency.
I served with him in the Departmental Committee on Education, Research and Technology. pic.twitter.com/BetMWoFO5j

I have learnt with deep sorrow and shock the passing on of Hon John Oroo Oyioka this evening at a Kisumu Hospital. He was elected on PDP ticket in 2017and served his constituents with dedication and commitment. Omingo Magara Party Leader PDP. @citizentvkenya @kot @KTNNewsKE

Rest in peace Hon John Oroo Oyioka . I mourn with his family and the people of Bonchari . May God be with us during this difficult time for our Nation. pic.twitter.com/jDwkDfWyRy