Boris Johnson names son after doctors who saved his life 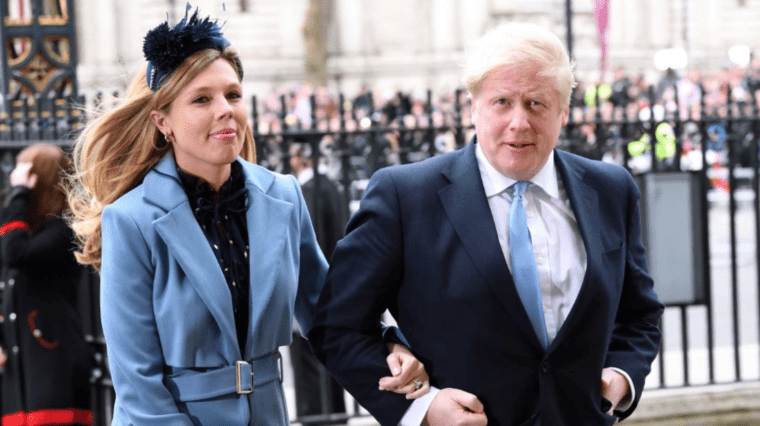 The baby was born Wednesday, and was given the middle name Nicholas in honor of two doctors who treated Boris Johnson while he suffered from coronavirus last month.

“Thank you so, so much to the incredible NHS maternity team at UCLH that looked after us so well. I couldn’t be happier. My heart is full,” she added.

Johnson returned to work on Monday, after becoming the first world leader to fall ill with coronavirus in March.

Symonds previously said on Twitter that she had also experienced coronavirus symptoms.

The couple announced in February 2020 that they were engaged to be married.

Boris Johnson announced he tested positive for the novel coronavirus on March 27.

He said he was experiencing “mild symptoms” and would continue leading the country — while self-isolating in his apartment in Downing Street.

He was taken to St. Thomas’ Hospital in central London 10 days later.

The PM would later issue a statement thanking the National Health Service staff at St. Thomas’ Hospital. “I can’t thank them enough. I owe them my life,” he said.
In a video statement posted online on Sunday, Johnson personally named some of the health care workers who looked after him, including two nurses — one from New Zealand and one from Portugal — who stood by his bedside “for 48 hours when things could have gone either way.”
“I have today left hospital after a week in which the NHS has saved my life, no question,” Johnson said in the video. “It’s hard to find the words to express my debt.”
The PM’s fiancée, Carrie Symonds, expressed similar gratitude on Sunday. In a series of tweets, Symonds thanked the NHS staff:
“I cannot thank our magnificent NHS enough. The staff at St Thomas’ Hospital have been incredible. I will never, ever be able to repay you and I will never stop thanking you.”