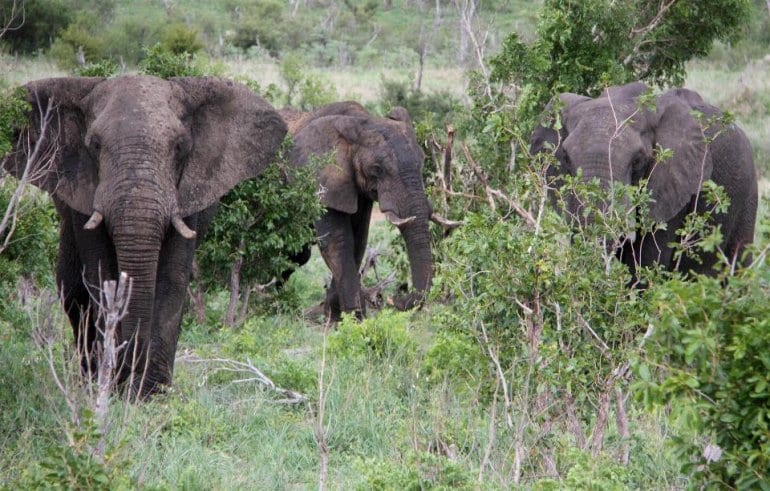 Botswana, home to almost a third of Africa’s elephants, lifted a ban on big game hunting on Wednesday, citing growing conflict between humans and wildlife and the negative impact of the hunting suspension on people’s livelihoods.

Conservationists estimate the southern African country has around 130,000 elephants, but some lawmakers say the number is much higher and causes problems for small-scale farmers.

“The Government of Botswana has taken a decision to lift the hunting suspension,” the Environment Ministry said in a statement.

“The Ministry would like to reiterate that it will work with all stakeholders to ensure that reinstatement of hunting is done in an orderly and ethical manner”.

It said the return of wildlife hunting would take place in accordance with laws and regulations governing wildlife conservation, hunting and licensing, but did not elaborate. Minister of Environment, Natural Resources Conservation and Tourism Onkokame Kitso Mokaila would hold a news conference on Thursday to give details, it said.

President Mokgweetsi Masisi set up a committee in June last year to consider the hunting ban, which was imposed by former President Ian Khama in 2014 after surveys showed declining wildlife populations.

At the time, the committee chair said it recommended: “a legal framework that will enable the growth of a safari hunting industry and manage the country’s elephant population within the historic range”. The committee also called for “regular but limited” elephant culling.

Botswana, a mostly arid country the size of France, has a population of around 2.3 million people and its vast tracts of remote wilderness make it a magnet for foreign tourists who want to view wildlife.