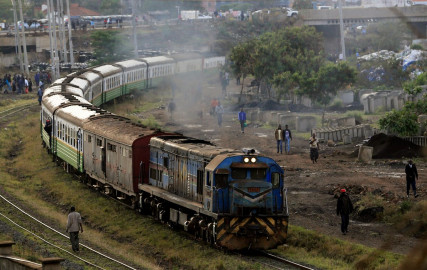 Britain is partnering with Kenya to build a new rail hub in the capital Nairobi, and its development arm CDC Group will invest $1 billion in various sectors over the next five years, officials said on Tuesday.

Britain, the former colonial power, has increased its engagement with Nairobi in recent years, after signing a new post-Brexit trade deal in late 2020.

It has also displayed a readiness to help Kenya develop its infrastructure, an area dominated by Chinese funds and firms in the past decade.

British engineering firm Atkin Global is designing a modern, eight-platform central rail station and a public space, which will anchor commercial and residential developments on a 425-acre spread that will host the railway transit hub.

The deal was first agreed between Kenya's President Uhuru Kenyatta and British Prime Minister Boris Johnson at a meeting in London two years ago, both sides said.

"We are delivering that ambitious, strategic partnership that was agreed by our two national leaders," said Vicky Ford, Britain's minister for Africa.