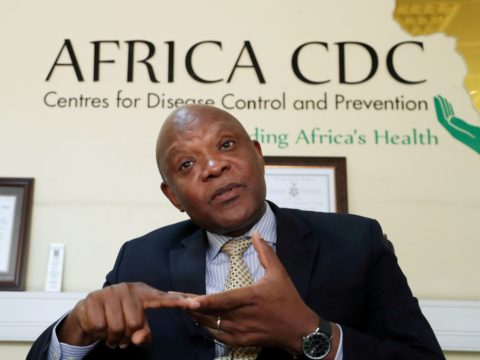 England announced last week that it would expand the list of countries from which it recognises vaccines, adding 17 others beyond the initial list of the United States and Europe. None of those countries are in Africa. The British government sets coronavirus policy for England, while Scotland, Wales and Northern Ireland are in charge of their own rules.

“We regret that the UK would take this position. We are calling on them to review this because it doesn’t speak to the spirit of true solidarity and cooperation,” said Africa Centres for Disease Control and Prevention director John Nkengasong.

The British High Commission in Kenya said in a joint statement with the Kenyan Health Ministry on Tuesday that it takes time to set up a system to recognise vaccine certificates for international travel.

Richard Mihigo, a World Health Organization official, echoed this, saying the issue is fundamentally about certificates.

“We need to see how some of these certificates that are generated could be mutually recognised by different countries,” Mihigo, coordinator for the WHO’s Immunization and Vaccines Development Programme Africa, told a news conference on Thursday.

However, Africa’s vaccination rate is still very low. Just 4% of Africans have been vaccinated and much of the continent remains in the midst of a third wave, Nkengasong said

Monthly vaccine shipments to the continent would have to jump seven-fold to reach a United Nations goal of 70% immunisation of the population by September 2022, WHO Africa said in a separate statement.