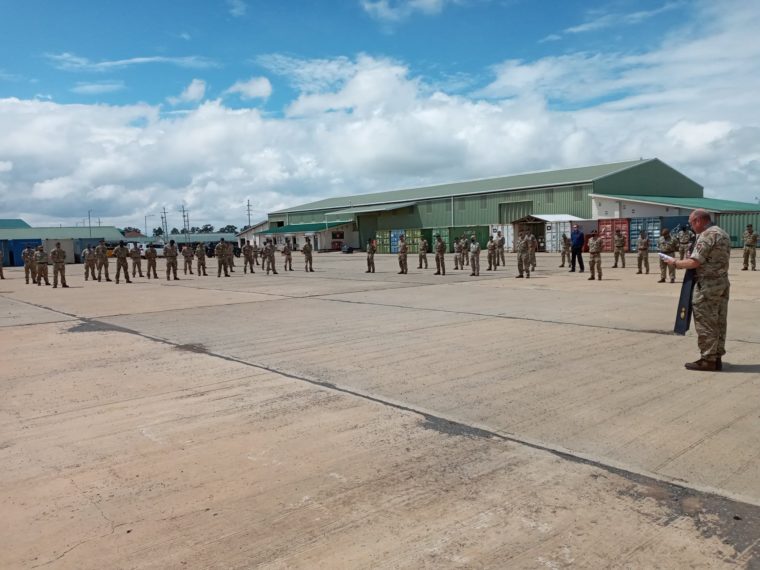 The British High Commission has said an ‘enhanced isolation’ drill has been initiated at the Nanyuki training unit to prevent further infections.

In a statement released to the media on Monday, the Commission said this is in response to the discovery of a small number of cases of COVID-19 amongst the troops.

““The BATUK camp has been placed into enhanced isolation after a very small number of soldiers tested positive for COVID-19. All soldiers deploying on exercise had to conduct a period of isolation and test negative prior to travelling to Kenya. The British Army takes the health and wellbeing of personnel and the local community in Kenya very seriously. UK and Kenya Government Force Health Protection measures are being applied to prevent further infections,” a spokesperson from the British High Commission said.

Additionally, it was noted that most of the Kenyan staff working at the British Army Training Unit in Kenya (BATUK) are now working from home to further protect the local community.

The Commission further indicated that the troops travelling to Kenya undertake COVID PCR tests and also implement a series of more rigorous protocols above those mandated by the Governments of Kenya and UK.

This includes on arrival travelling by military transport directly to their barracks where they isolate for 6 days.

During the 6 days they are said to undergo medical checks daily and have their temperature taken three times a day.

“Anyone found with symptoms would isolate and take a PCR test. As a consequence of the rigorous checks in place we have discovered a small number of cases of COVID-19 amongst the British troops in Nanyuki. These personnel are now in quarantine,” the statement adds.

BATUK is a major contributor to the U.K-Kenya defence partnership, having contributed Ksh. 5.8 billion to the local economy since 2016.

Last year, COVID-19 was reported to have curtailed the deployment of British troops to BATUK, but the British High Commission noted that they are cautiously managing the return of troops for the Ex ASKARI STORM exercises due to commence in February.

“The UK and Kenya’s defence partnership is strong and deep. We are working shoulder to shoulder to contain both visible and invisible enemies,” the statement reads.