Bungoma: Girl who scored 401 marks in KCPE repeats Class 8 after being knocked out of county scholarship program 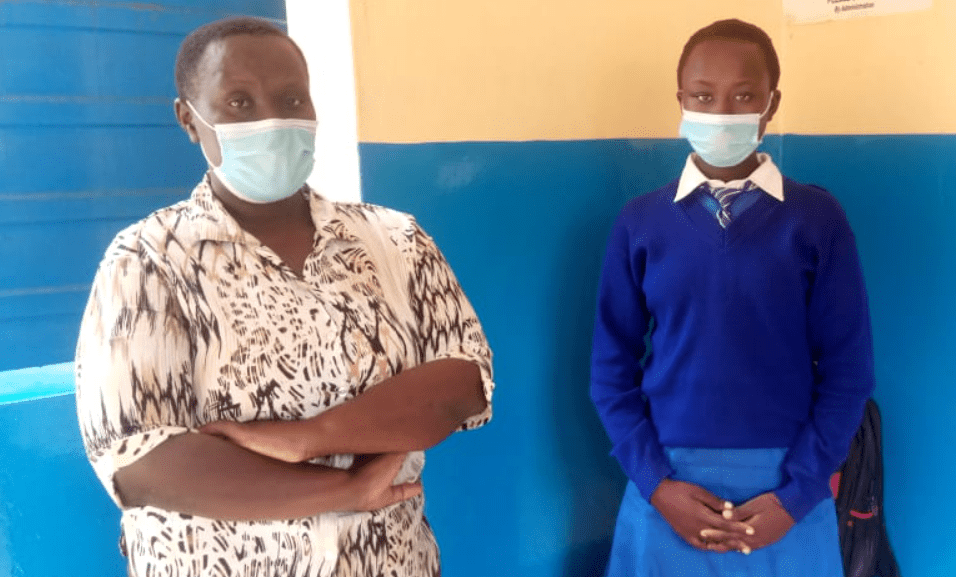 As Form One admission is set to begin next week, a pupil from Bungoma who scored 401 marks in the 2020 KCPE examinations is bound to repeat Class Eight after being knocked out of the county scholarship program under unclear circumstances.

The fate of Diana Nyokabi, who was among the top KCPE performers at the Bungoma D.E.B Primary School in last year’s exams and was called to join Moi Girls High School, Eldoret, now lies in limbo.

This after her parents were unable to raise the fee of Ksh.53,554 required for her to join the school, thereby forcing her to return to her former primary school and repeat Class Eight.

Citizen Digital met the girl and her mother Priscilla Nyanchera at the Bungoma D.E.B Primary School as she was being enrolled back on Wednesday.

“I have been selling groceries for a very long time and educating my daughter hoping that in the future she will be able to assist me,” Nyanchera said.

Nyokabi said she is now afraid that her dream of joining her dream secondary school will be shattered after she missed out on the county scholarship program.

She said she was initially happy when she was selected to benefit from Governor Wycliffe Wangamati-led scholarship, only to later find out that her name had been mysteriously ejected.

Nyokabi, who dreams of becoming a lawyer in the future, has appealed to any well-wisher to help her join Form One and move forward with her studies.

Bungoma D.E.B Primary School Headteacher Tobias Khisa said he received the girl back with great shock, noting that her situation may demoralize many learners in the school but saying he would nevertheless admit her.