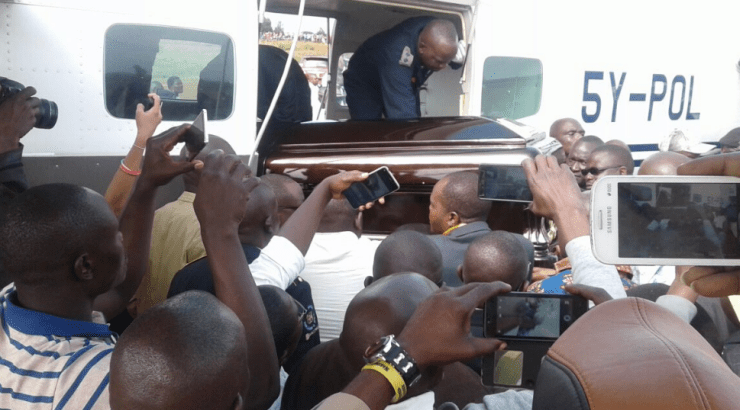 The late Migori Senator Ben Oluoch Okello will be buried today at his rural home in Kanyimach Village in Rongo Sub-County.

A section of leaders led by opposition leader Raila Odinga have already arrived at the ceremony attended by hundreds of mourners.

The body of the former radio presenter turned politician arrived at his home on Sunday to a reception by Governor Okoth Obado among other leaders at Lichota airstrip.

His body was then moved to Migori County stadium for public viewing.

Mr. Oluoch succumbed to throat cancer on the 19th of June at the MP Shah Hospital in Nairobi.

He was a former presenter at Royal Media Services’ Ramogi FM and was popularly known as “B.O.O wuod aliwa chieng jamondo” by his fans.