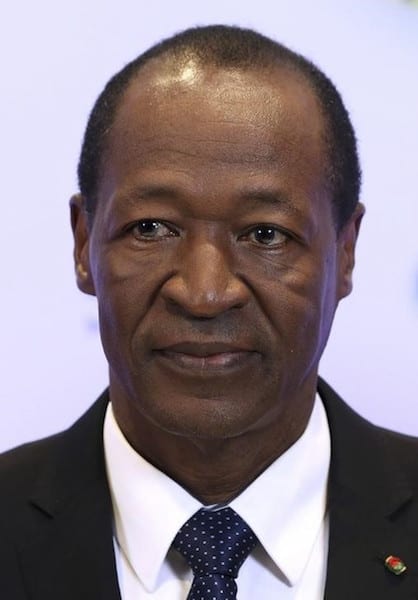 Burkina Faso authorities detained a former prime minister in connection with the violent attempts to put down a protest that ousted ex-President Blaise Compaore, the High Court prosecutor said.

Compaore’s 27-year rule over Burkina Faso, Africa’s fourth largest gold producer, ended in October 2014 when hundreds of thousands of demonstrators angered by his attempt to extend it further forced him out.

Compaore and several of senior members of his government, including the former prime minister Luc Adolphe Tiao, were afterwards indicted by the then transitional government for various offences.

The former prime minister returned voluntarily this week from exile in Ivory Coast, where Compaore also resides and has been given citizenship.

The fall of Blaise Compaore, despite attempts to repress the protests, inspired activists across the continent to hope it would usher in people-power revolutions to oust autocrats in other African countries.

But such protests have been suppressed and many leaders have successfully extended their terms in office.