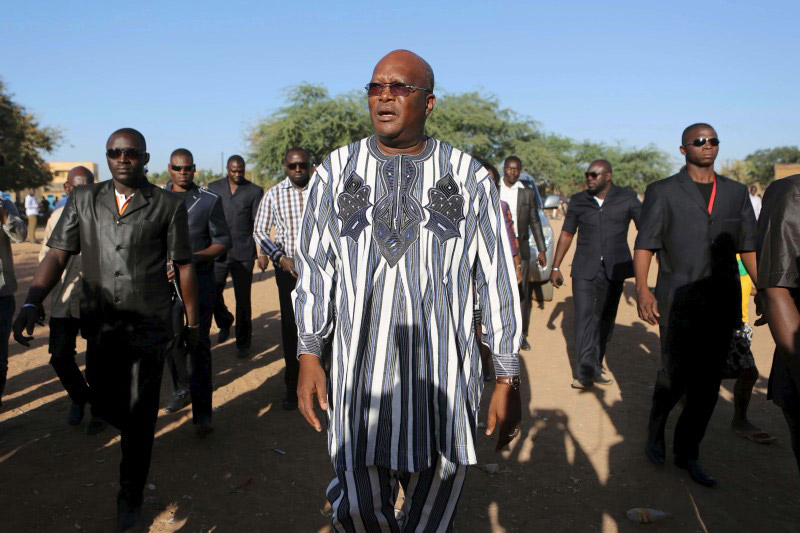 Burkina Faso’s newly-elected President Roch Marc Kabore broke with the past on Wednesday by naming a cabinet packed with ministers who had not served under the previous toppled administration.

A government statement said 25 of the 30 ministries were headed by people with no track record under veteran leader Blaise Compaore, who was overthrown by a popular protest in Oct. 2014.

The appointments come less than a week after the president named little-known economist Paul Kaba Thieba as his prime minister.

Kabore has promised to improve access to water, healthcare and education in a landlocked country that produces cotton and gold but remains impoverished.

The president, elected in November, kept the security post of Defence Minister for himself as well as Minister of Veterans Affairs in a hint at lingering security concerns.

Soldiers from the elite presidential guard staged a short-lived coup against the transitional government in September, during which they took the president, prime minister and cabinet members hostage.

The ex-mayor of the capital Ouagadougou was appointed head of territorial administration while Rosine Coulibaly, who was initially in the running for prime minister, has been made head of the ministry of economy, finance and development.

Former journalist Alpha Barry has been named head of foreign affairs and regional cooperation. Seven women were appointed to government positions, the highest number in decades.

Burkina Faso’s economy has slowed due to lower global commodity prices and reduced investment during the democratic transition that began after Compaore fell.

Kabore has said the government needs to improve access to water, healthcare and education.

It must also make sensitive political decisions after interim authorities charged a prominent general with the murder of a previous president and issued an international arrest warrant for Compaore who fled after being toppled.