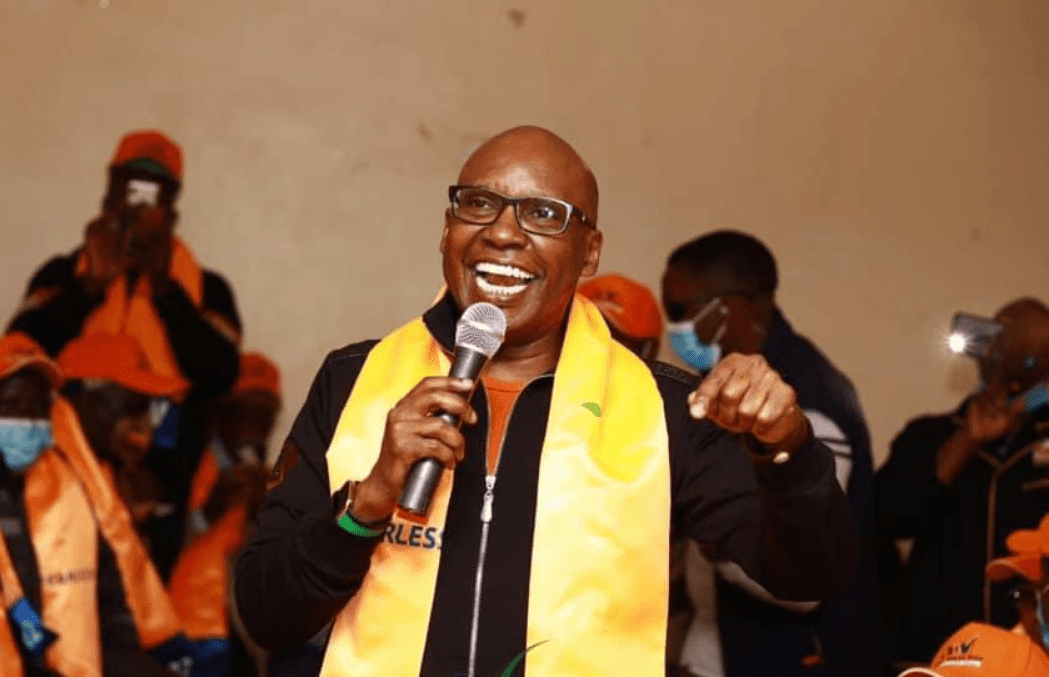 Businessman Jimi Wanjigi now says it is time for fresh blood to fly the Orange Democratic Movement (ODM) flag even as he gears up to face off with party leader Raila Odinga for the presidential ticket.

Speaking in Nyeri County on Sunday after a two-day meeting with delegates from Mt. Kenya region, Wanjigi said his first agenda is to popularize the orange party in the vote rich region.

Wanjigi bounced into the limelight in 2017 after his home was raided by armed security officers in what he described as political persecution. He then backed the National Super Alliance (NASA) and Raila Odinga for the presidency.

Known within the political circles as the fixer, Wanjigi prides himself in creating the UhuRuto ticket in 2013, bringing together President Uhuru Kenyatta and his deputy William Ruto, that dealt a blow to then CORD coalition of Raila Odinga, Kalonzo Musyoka, Musalia Mudavadi and Moses Wetangula.

He would fall out with the duo in the run up to 2017 and switched camps to back Odinga.

Now, as if reinventing himself from being a political fixer, Wanjigi is coming from the shadows seeking the presidency by challenging Odinga within the orange party.

“I have clearly indicated my intention to run for the presidency of this nation via an ODM ticket. This is a very serious intention,” he said, adding that it is time for new leadership in the party.

Wanjigi however has his work cut out, his first agenda, popularizing the orange party in the vote rich Central Kenya, and it is for that reason that he met the delegates.

“We’re now going to open offices in the whole of Mt. Kenya regions, we’re going to make sure that where it doesn’t exist, it does. We’re going to start a massive membership recruitment drive, we’re going to do our best to paint the region and the mountain orange in readiness for a nomination God willing later this year,” said the businessman.

Wanjigi said that if he gets the ODM nod for the top seat, he is best placed to bring change as all others have been in the system in one way or another.

“All the previous presidential candidates have been in power or government of some form for the last 30 years…isn’t 30 years a generation? Which generation are they now going to change going forward another 30 years? Even the best dancer knows when to leave the stage,” he said.

Wanjigi further stated that he is ready to not only take the orange party to Mt. Kenya, but to fly its flag right into State House, but whether that will be or not, only time will tell.