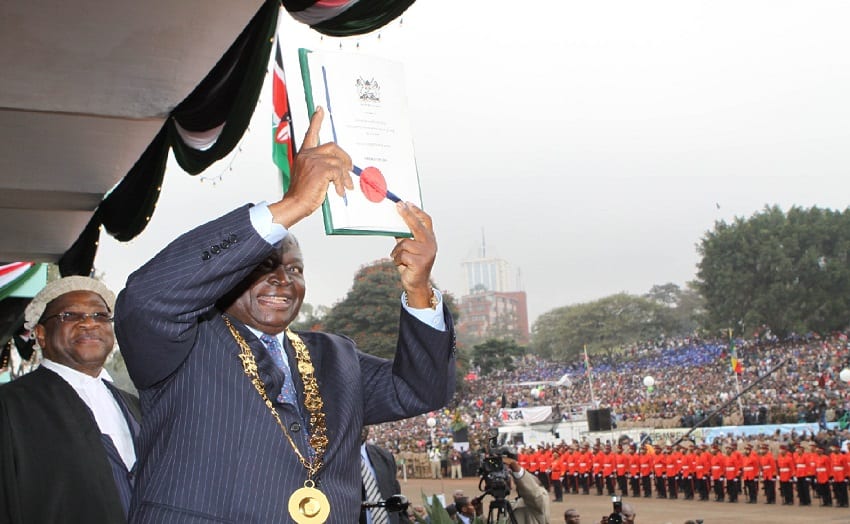 The political system and processes in South African and Tanzania, while limit unlimited democracy, show a mature, structured and system oriented approach than our individual based party politics. Look at the presidential system that produced the Mbeki’s, Zuma’s, Ramaphosa’s, Mwinyi’s and Magufuli’s in those countries and compare them with our political party primaries or the recent EALA selection process.

While in SA and Tanzania, the individuals selected through their party process might be problematic, at least they have a structured and documented process. We need to push our political party process to such a level, otherwise achieving the desired economic and social goals will still remain elusive.

The ushering in of the Kenya Constitution 2010 heralded a number of reforms in the economic, political and social spheres of the country. While a number of reforms have started in earnest, the crux of these reforms are yet to take place, and where attempts have been made, it has merely been on the outside spheres.

Our political system, over the years the main cause of tensions and poverty in Kenya, is still intact. The same people who have dominated Kenya’s political and by extension economic system are still in charge of the reform process of the country – and being interested and having been beneficiaries of the old skewed system that has seen them dominate. The same families and personalities across the country that have controlled the country have ensured that they remain in positions that allow them to influence the ongoing reforms.

Even with the political parties and Elections Acts, there is still serious confusion in the political sector in the country and as such we likely to see the same individuals and parties dominate both the county, national and senate systems for a number of years.

The legal regime has largely to put in place structures that would instil discipline amongst the politicians so that we at least bring sanity in the political/economic spheres of the country. The current registrar of political parties is too weak to help the country realise the much-needed reforms.

Our political parties while big in names largely operate like personal fiefdoms of certain founding politicians. Many of political parties remain dormant between elections only to resurface during elections or when clamouring for funds under the Political Parties Act.  Few of the parties abide by the law, which provided for proactive publication of information about political parties operations, membership expenditures and source of funds.

As it stands now, politics in Kenya tend to be dictated by those who fund the ruling party to enable it ascend into leadership. This has created a situation where those who come into power serve the interests of their funders hence political accountability is to those who finance the parties and not to the citizens. On the other hand, a strong culture of handouts has arisen. This has narrowed the political space.

Women and marginalized groups including the youth, people with disability and women remain underrepresented at all levels across political parties, which has led to unfair practices and further marginalization.

There is need to ensure that our political system is in line with international standards especially as they relate to freedom of information. For example, currently members of the public only have limited access to the register of the party funders. Since the funding of political parties in Kenya has seen surrounded with controversy and economic scandals, lobbying for the amendment of the act will strengthen democracy and transparency.

A number of parties are already doing elections, without following the new rules while a number are making pre-election coalition arrangements with regard to law. Will the registrar of political parties order a repeat election in such cases? Which are the professional bodies are allowed to make nominations to the various constitutional offices ?  Remember many of the current bodies, especially trade unions have no transparent election systems and their leadership is in contention. So how will they nominate individuals to the positions?