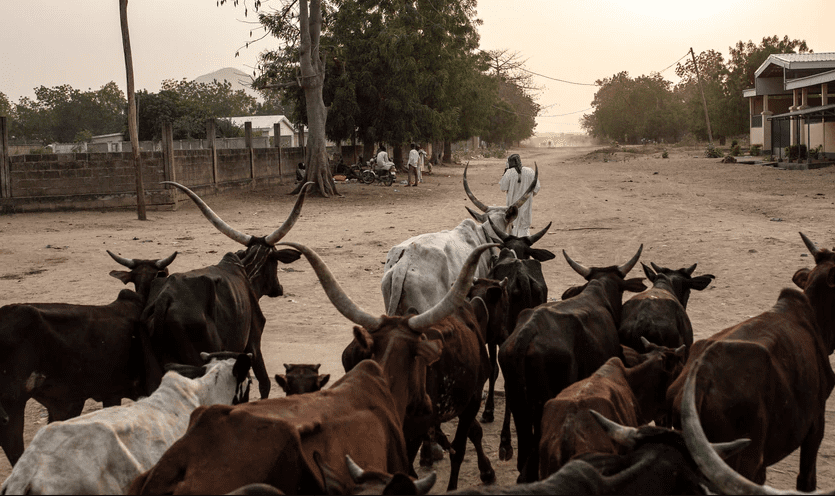 Cameroon officials are accusing rebels from the Central African Republic of crossing the border and stealing cattle and abducting villagers for ransom. The officials say C.A.R. rebels are fleeing the country to escape post-election violence.

Officials in Cameroon accuse C.A.R. rebels of entering the country’s territory and harassing civilians and others displaced by fighting in the neighboring country.

Officials say the rebels then take cattle and food from Cameroonian ranchers and farmers. About 30 civilians were abducted in June with demands for family members to pay ransoms of between $1,000 to $10,000 per person to guarantee their safe return.

Authorities say people suspected of collaborating with Cameroonian officials to denounce the rebels, who are hiding in villages along the Cameroon border, are also abducted and tortured in retaliation.

Kildadi Tagueke Boukar is governor of the Adamawa region of Cameroon that shares a border with the C.A.R. He visited Mbere, an administrative unit in the Adamawa region, on Monday. He says Cameroon’s president, Paul Biya, asked him to make sure that the military is deployed to protect host communities and people displaced by the fighting in the C.A.R. He spoke by the messaging app WhatsApp from Djohong, a commercial town in Mbere.

“The Mbere Division shares more than 160 Kilometers of border with Central African Republic [C.A.R.] and along this border rebels inrush [cross over to] our territory, steal cows,” Boukar said. “We have come to reinforce the forces of law and order [military], to encourage the population to be on alert and to inform the hierarchy [government] of the situation which is going on at this border.”

Boukar did not say how many government troops have been deployed to stop the C.A.R. rebels. He said the troops seize weapons illegally trafficked into Cameroon by the rebels.

Cameroon has not given figures on the number of cattle taken by the rebels. The government says economic activity is at a nosedive in Djohong and Ngaoui, villages with the largest cattle markets in Mbere. The markets sell about a hundred cows a week, down from at least 1,000 every week last year. Cattle ranchers accuse the rebels of either stealing money and their cows or they fear of being tortured. Buyers say they can no longer shop in border markets with the C. A. R. for fear they will be abducted, or their money taken.

Oumarou Issama is mayor of Djohong. He says civilians are held in the bush for several weeks until their families pay ransom to the rebels. He says C.A.R. rebels are escaping heavy fighting with government troops and crossing with weapons into Djohong. He says the fighting is increasing the number of displaced persons from the C.A.R. escaping post-election violence. He spoke by the messaging app WhatsApp from Djohong.

Mbere is home to 21,000 people displaced due to the crisis in the C.A.R. Seven thousand of the displaced persons had returned to their country but came back to Cameroon within the past two months, following renewed fighting between C.A.R. rebels and the country’s regular troops.

Renewed violence erupted in the C.A.R. after the December 2020 elections, in which Austin-Archange Touadera was reelected president. Seven of the C.A.R.’s 14 rebel groups refused to recognize Touadera’s victory and have been fighting to seize power. The C.A.R. says much of the fighting is now in border areas, where rebels can cross over to neighboring countries due to porous borders.

Cameroon shares a 900-kilometer border with the C.A.R.